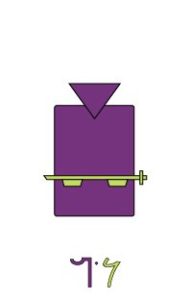 In the Astroshamanic Binary System, Sun in Aquarius (11) and Moon in Virgo (6) constitute Binary 11.6, or Binary number 126.

11.6 (Sun in Aquarius and Moon in Virgo) integrates the Aquarius qualities with the mutable Earth flexibility of Virgo. Endowed with outstanding intelligence and analytical capacities, these folks blend an innovative and rebellious mind with a prudent, discriminating and precise nature. They are motivated by genuine friendship and service, operating with mental dexterity and refined attention to details.

Binary Detectors: this combines the detectors for sector 11 with those for sector 6. Here things can go into most extreme details, yet the aim is to show that everything, even the smallest detail, as it is illusively perceived according to separation, is part of the same circle. This is tantamount to the 11th house of the 6th, where 11th is the primary reference and the 6th is the subreference. Hence, for example, if we consider one of the exemplifications of 11, i.e. community or friends, and one of 6, i.e. work or healing. 11.6 becomes the work or healing of the community or friends. It can also refer to the diet, nutrition, service, health, hygiene, cleaning, nutrition, domestic animals, sacred prostitution, etc. (6) of social groups, organisations, communities, associations, humanitarian enterprises, spaceships, time voyagers, aliens, etc. (11)

Aquarius and Virgo are in quincunx aspect, an angle of 150°, which is five-twelfths of the 360°. This aspect tend to cause slides into parallel universes affecting what happens in everyday reality.

The phase of Full Moon begins two days before and ends two days after exact Full Moon or opposition (180°) of Moon to Sun, hence it also encompasses the quincunx (150°) when the Sun is in Aquarius and the Moon in Virgo. This is the final stage of the Full Moon leading to the next phase, the Disseminating Moon. The Full Moon is an active and highly charged moment. It represents the apex of the lunar cycle. Its function is to bring balance. The aim of the final part of the Full Moon as it moves in Virgo, is to allow this balance to take place by deep and uncompromising release of pent-up emotions, especially in relation with the themes of Virgo, such as purification, service, healing, selection and sacred sexuality. It is essential at this stage to be aware that what is released is collective, ancestral energy, which can only be liberated if you let go of any personal identification.

Astroshamanic Seal: a large rectangular structure with a triangle at the top and a sword in the lower part.

Seal vision: In the Wood of Quiumakai, in the countryside of Sabre Wood, there is a blonde girl dressed in white and light blue. She holds a luminous sword, which she rises up with tremendous strength. She is very beautiful. The sword is at one with her spine. “I am the one who operates the sword. When you evoke the Sword, you receive my strength. It is the force of 11.6”. She offers a potion in a chalice similar to the one of the Temperance card, though she reminds more the Star. You find yourself close to a huge fall. The water falls and as it hits the earth it vaporises into tiny drops of water reaching your face. You see the opening of a vast horizon and the Sun shining drawing a rainbow through the falling water. “You are a pillar of this age and you can enter as a protagonist in this movie if you only evoke the Sword. The Sword holds all the other tools. Hit according to procedures”. In its handle shines the visage of 11.6. The seal is the Guide holding the Sword.

Seal Guidance: “You ride lightness and purity. You are a pillar of a new age and you can enter as a protagonist in this movie if you only evoke the Sword. The Sword holds all the other tools. Hit according to procedures”.

Frank Darabont, (11.6) American filmmaker 28 January 1959, director of The Shawshank Redemption, The Green Mile, and The Mist, all based on stories by Stephen King. He developed and executive produced the television series The Walking Dead.

Costa-Gavras, born 12 February 1933 is a Greek-born French filmmaker, best known for films with overt political themes, most famously the fast-paced thriller, Z (1969).

Stendhal (11.6.8) Sun Aquarius, Moon Virgo, Ascendant Scorpio, French writer (23 January 1783-d. 1842). He developed the concept of Crystallization, which describes the process, in which unattractive characteristics of a new love are transformed into perceptual diamonds of shimmering beauty. Stendhal compares the “birth of love” in a new relationship as a trip to Rome from Bologna. In the analogy Bologna is indifference and Rome perfect love. “When we are in Bologna, we are entirely indifferent; we are not concerned to admire in any particular way the person with whom we shall perhaps one day be madly in love with; even less is our imagination inclined to overrate their worth.” Another term related with the writer is Stendhal syndrome, an altered state of consciousness causing rapid heartbeat, dizziness, fainting, confusion and visions when an individual is exposed to beautiful art.

Shruti Haasan, born on January 28, 1986 in Chennai, Indian actress, singer and music composer who has worked in Hindi, Tamil and Telugu films.

Keen’V (born January 31, 1983 in Rouen) French ragga musician. He made his breakthrough with the single “J’aimerais trop”

Dom Hélder Pessoa Câmara (11.6.7, Neptune cjn MC, Uranus cjn IC) February 7, 1909, Fortaleza, Ceará, North East Brazil – August 27, 1999 Recife, Roman Catholic Archbishop of Olinda and Recife. He is famous for stating, “When I give food to the poor, they call me a saint. When I ask why the poor have no food, they call me a Communist.” Author of Spiral of Violence (1971), written at the time of the Vietnam war.

Alessandro Volta (11.6) Sun in Aquarius, Moon in Virgo, born  February 18, 1745 in Como, Italian physicist known for the invention of the battery. 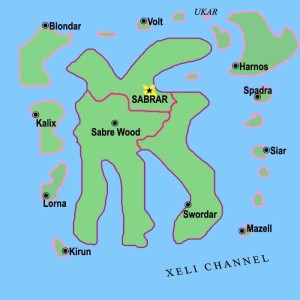 The Nation of Yukal Spadras (Sardaps in Rodnah and Spadsar in Pahai) is a multidimensional archipelago situated in the south central State of Yukal (Ukar). It consists of 16 islands and the main island, Sabrar. Yukal Spadras hosts the matrix of the Sword of the Sacred Cone (Spadra), which was originally created in the Spadra Island, which is the most relevant national clerical centre. The matrix of the Sword is located into three different sites: in Sabrar, the Temple of the Sabran Sword, near St Stab in the  Spadra Island in 11-6-6 (see pictures below) and a secret location.

In the Wood of Quiumakai, in the countryside of Sabre Wood, there is a blonde girl dressed in white and light blue. She holds a luminous sword, which she rises up with tremendous strength. She is very beautiful. The sword is at one with her spine. “I am the one who operates the sword. When you evoke the Sword, you receive my strength. It is the force of 11.6”.