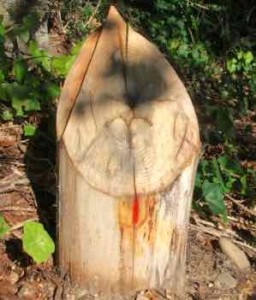 The glyph for Aries consists of two half-circles placed next to each other and joining in the middle with the prolonging of a central vertical line.

The image can suggest the horns of a ram, the flowering of a bud, a fountain gushing forth water, the outline of eyebrows and nose.

Aries begins with the spring, or Vernal, Equinox, the day when the Sun apparently moves from the southern to the northern hemisphere and day and night have the same duration. It is the moment that marks the lengthening of the time of light.

The seasonal period of Aries is that of the explosion of spring: the time when the force of nature, after being hidden for months, comes forth with assertiveness and courage.

According to some ancient astrologers the process of separation developed when all the planets were joined in conjunction in Aries.

This renders it a cyclical booming moment for the ego’s plan of fragmentation, as well as a major chance to release its insane intention and set off a course of action based on the retrieval of the original unity.

Aries represents the sudden emergence of a clear and individual conscience out of collective confusion and indefinite darkness. At a certain stage, once it has achieved its purpose, it is meant to be given away and dissolved.

The aim of the ego is to block and freeze this energy to give form to a separate and illusive identity which can only survive in an environment that is also separate. This, according to astroshamanism, is the world that most human beings consider as real.

Aries constitutes the purest expression of the ego: the most powerful, but also that which is the easiest to identify and heal. The recognition of this kind of ego is generally more direct and devoid of the complications and subtleties which proliferate as the separation develops into other signs.

At the stage of Aries, the work consists of giving away energy and consciously directing it in accordance with a focused Intention. It is an act of donation and sacrifice which has nothing to do with mortification or pain. It sometimes requires disregarding the ego’s desires and giving out energy so that the world may reach its highest goal.

At other times it means embracing the ego’s desires and overtly manifesting them, so that I may reach my “selfish” goal, together with the highest goal.

In this process the energy that was frozen and blocked is bound to melt and move to its original source. Aries, like the Lamb of God, is a being that resurrects from death and therefore cannot fear it. And this is indeed the feature of Easter (which always falls under this sign) the resurrection of the Son of God.

Aries feels the responsibility of being the initiator of the annual cycle. It has no time to waste. It moves as a warrior, with clarity, putting aside unnecessary complications and facing with courage all kinds of obstacles even to the cost of offering its life. “Action and not words” is its motto.

Aries is a cosmic representation of the animal power that erupts in the first stage of manifestation. It is a creative and destructive fire, blind and rebellious, chaotic and prolific, that expands in all directions.

From: Franco Santoro, Astroshamanism Book Two: The Voyage Through the Zodiac, Findhorn Press, 2003.