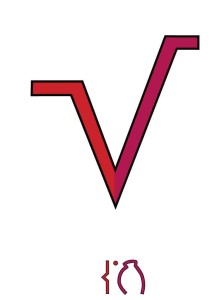 In the Astroshamanic Binary System Sun in Aries (1) and Moon in Pisces (12) constitute Binary 1.12, or Binary number 12.

Those who align with this combination are multidimensional pioneers, bravely delving beyond ordinary reality in search of fragmented parts of the soul. They can be major heroes in the realm of fantasies, dreams, theatre, shamanism and fairy stories.

Binary 1.12 provides a key to the roots of our being and the whole human reality surrounding us. Aligning with this combination can provide a deep, yet unmentionable inner knowing of what is truly happening beyond the veil of consensus reality. Although this awareness may at times be hard to come to terms with, it is a major blessing when the subject learns to give it direct expression in their actions and life.

Sun in Aries and Moon in Pisces hold a semi-sextile (30°) aspect, connecting two consecutive signs, which are completely different energies, yet closely linked as part of a wider process. The signs involved can operate productively as long as they keep their integrity. The first sign, in this case Aries, sets the process in motion, and the second (Pisces) follows. Problem may arise when the opposite occurs. Hence Pisces’ imaginative, artistic and dreamy nature can benefit if it gives way first to Aries’ initiative, courage and focused action. If this is not the case, Pisces may get stuck in a passive, lethargic fantasy world, with the Aries bit from time to time expressing with anger and impulsive reckless actions.

When the waning Moon is in Pisces at 30° from the Sun in Aries, this is the final part of the phase of Balsamic Moon, or Waning Crescent Moon, the completion of the lunation cycle leading to the New Moon. It is a  crucial time of release and healing, leaving space for whatever need to be ultimately completed or let go of before moving on to another lunation. The main focus in this phase is a work of release and surrender. At this stage it is possible to feel confused, overwhelmed and face crisis. It is a process of major fermentation, in which it is vital to hold a sense of purpose, while also accepting uncertainty and nebulosity as part of the process. The question here is: “What do I release? What do I take in the next cycle?”

Astroshamanic Seal: similar to a mathematical root sign. It conveys the access to the roots, beyond the appearances of everyday reality, reaching a place of tremendous all-encompassing awareness. This seal implies the power to move through the thick walls between realities, allowing them to become thin veils. It heralds the complete retrieval of our fragmented parts and the reawakening of one’s true multidimensional nature. It is a threshold, a gateway into our roots.

“And so we continued, making love, for over two hundred years and when we finished, five hours later, we realized that our building had been knocked down three months previously and that our room had become a space ship of flesh and bone.”

Hans Christian Andersen (1.12.9) born on 2 April 1805 in Odense (Denmark), with Sun in Aries, Moon in Pisces and Ascendant in Sagittarius, he is one of the most popular author of fairy tales, among which are The Ugly Duckling, The Emperor’s New Clothes, The Snow Queen, The Red Shoes, and The Little Mermaid. A sense of non-HAC alienation is typical of most of his works.

“But a mermaid has no tears, and therefore she suffers so much more.”

“Does all the beauty of the world stop when you die?”

“No,” said the Old Oak; “it will last much longer – longer than I can even think of.”

“Well, then,” said the little May-fly, “we have the same time to live; only we reckon differently.”

Alasadorvam, aka Sadorvahin (1.12): This is a vast archipelago situated between the Handorian Sea and the Hangar Sea. It operates as the concentration point of the Navy Task Force of the Handorian States System. The capital is Alsador Forum, aka Sadhor, located in the homonymous islands. Other isles are Semiray, Likir, Kiruho, Montakiri, Sadorkiri, Urlapahen, Lidikir and Kirvahin (the largest). This nation also includes a series of mobile towns as part of the Handorian Task force. The national hero is Sadhor. The alignment with the beings of this Nation is extremely useful in order to translate non-HAC into HAC, non-ego into ego, unity into separation. They are the custodians of the mysteries of fragmentation and adept in the art of preserving the entire DNA energetic flow through all stages of separation. They also overview the functioning of multi-dimensional immune systems.
Alasadorvam has dominance over Malta and Finland.
Alasadorvam Names: Alsador, Atum, Alzigalam, Nahim; Akam (with no desire), Anam (with no name), Anupam (unique), Arpitam (offering), Asim (boundless), Nadam (subtle sound), Nigam (with no sorrow), Nisem (infinite), Niyam (discipline),

Journeys to Alsadorvam:
Destination: ALSADORVAM island of Anthem and city of Atrium.Trinity reference: 1:12:6
On arriving at the Al Kirware Proport I met with an Agent and established an instant restore point. I was given a Cone phone by the Agent and then met the PDB Captain. I realised he was my old brother yet with a thick black moustache. I found this to be very funny. The terminal building was full of military personnel. The Captain walked me to the departure point for Alsadorvam. At the check in desk for Anthem I was asked for the password – I instinctively gave the name Franco Santoro and was permitted entry to shuttle. I sat next to another Agent on the shuttle yet was asked to remain in silence, which suited me very much.
On arrival at the city of Atrium, I was met by a PDB First Officer whose name was Kirtain. He had the same face as my younger brother and I felt instantly at ease with him. He asked me what I wanted to do on the Island. I said I wanted to tour the city [a biblical looking place with low, round houses made of a sandy coloured mud] and then explore the countryside. He asked me what my intent was and without thinking, I replied that I needed to connect with the energy of The Warrior. He informed me that we would visit the Grove of the Warriors, a woodland of ancient twisted trees who were a species of tree warriors.
After a brief tour of the city we made our way out into the rural area surrounding Atrium. We soon came to a deep river gorge which was heavily forested. Kirtain led us down a narrow path to the bottom of the gorge where we moved through lush vegetation and small shrubs. I then began to notice the scenery changing, with larger trees and less ground cover. We reached a place where the trees were very old. I understood we had reached the Grove of Warriors. I asked Kirtain if I had to do anything before entering and he told me I had to remove my clothing. He said I must move into the Grove in a state of complete transparency, unashamed of my nakedness.
Once in amongst the trees, I experienced a sense of kinship with the Warriors standing all around me. There was no atmosphere of aggression, or threat; in fact, what was most apparent was that the trees were reservoirs of a deep peace that had resulted from a dedication to discipline, integrity and ruthless commitment to the neutrality of freedom. They told me I was free to connect with them at any time, from any location. Before leaving the Grove, I drank from a pure spring found amongst the roots of one of the trees.
Having joined Kirtain once more, I sang a song of gratitude to the trees, thanking them for their advice and offer of support. We made our way back to the city and I thanked Kirtain for the companionship. I felt very close to him. Back at Al Kirware Proport, I watched the latest updates on large video screens of the various battles and skirmishes taking place in the Handorian State System. I understood that many troops were constantly fighting to protect the system from various forces who wished to engineer its demise. I experienced a brief surge of anxiety when considering the challenges facing me on Earth, yet in acknowledgement of this feeling, I felt ready to respond in a way that would honour the meeting that took place in the Grove of the Warriors.
On reaching the Spirit Circle, I moved to the centre and was joined by my various Guides. We drew close together and I felt deeply connected and supported by them all. A voice then rose above us saying we must work together to end the tyranny. This was repeated over and over until the Guides and myself joined our voices as one in a cry of Kahesha Opa.

LITURGY OF THE HOURS – LITURGIA HORARUM

Amen.
Lesson ACIM of the day.
Psalms from the Evening Prayer
Reading from ACIM Text:

The purpose of the Atonement is to restore everything to you, or rather to restore it to your awareness. You were given everything when you were created, just as everyone was. When you have been restored to the recognition of your original state, you naturally become part of the Atonement yourself. As you share my inability to tolerate lack of love in yourself and others, you must join the Great Crusade to correct it. The slogan for the Crusade is “Listen, learn and do”: Listen to my voice, learn to undoerrorr, and do something to correct it. (I.31)
Short Responsory
Handorian Canticle
Release Canticle
Prayers and intercessions
Pater Noster – Blessing
Closing of Directions