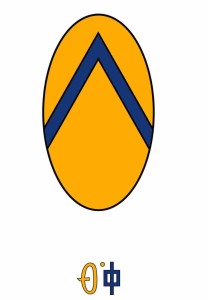 In the Astroshamanic Binary System Sun in Cancer (4) and Moon in Capricorn (10) constitute Binary 4.10, or Binary number 46.

Sun in Cancer and Moon in Capricorn is the Full Moon binary, blending cardinal water and cardinal earth. Cardinal signs are placed at the four cardinal points of the compass and indicate the start of each season. They represent the active and leading temperament, what sets the sense of direction. Hence, the urge for action and expression is furthermore emphasized in this Full Moon.

Those who resonate with this binary can easily hold positions of authority and public responsibility. They possess a natural sense of discipline, the capacity to employ emotional resources for the manifestation of ambitious results, and the skills to bring about decisive shifts in the human cellular system.

The Sun in Cancer and the Moon in Capricorn form an aspect of opposition (180°), combining two cardinal signs opposing each other. This brings about a major capacity of initiative between two natures operating in distinct fields, which can either cause extreme tension or manifest amazing creative achievements.

This is a Full Moon Binary, with the Moon being on the opposite side of the Earth from the Sun. The Full Moon is the culmination of the intentions set on the preceding New Moon (Binary 4.4). The qualities of both Cancer and Capricorn build up, gathering and concentrating energy aimed at prompt creative expression. The Cancer part promotes protection, care and security while the Capricorn element emphasises responsibility, discipline, ambition and the implementation of pragmatic intentions.

Astroshamanic Seal: the seal portrays a high peak, which is the Snow Mountain, from where Kuranda’s ecstatic songs emanate.

Stanislav Grof (transpersonal psychologist, 4.10.9, Uranus Root, July 1, 1931) When the Impossible Happens, Holotropic Breathwork, Stormy Search for the Self, Books of the Dead.

STATE OF QUALD
4.10 – Domain Haragox
The Domain of Haragox lies in the western front Kallex and is renowned for its both glorious and notorious legendary Dark Rock of Kallex. This is the training and departing point of the Pioneers of the Sacred Cone (The Developers). The area is one of the most spectacular of HSS, though it is mainly out of bound and restricted. It was here that a selected team of Handorians prepared themselves and then moved into the 3rd-dimensional universe, as this is forlornly described in the Abridged Compendium.[iv]
Another major feature of Haragox is the Quiu Lake and the adjacent Don Nevrax (also known as Snow Mountain), a crucial pilgrimage location of many Kurandah’s devotees.[v] This is the legendary lake were Kurandah composed his song, the supreme place of nourishment and healing, especially with regards to human arbitrary configuration. Due to the enormous amount of pilgrims visiting the area and the exacting access regulations it is not possible for HAC folks to visit or even see Quiu Lake and Don Nevrax themselves. It is however possible to move to nearby zones and hear the potent echo of Kurandah’s Song. These zones are Dome Qusasa and Paheka Quisau (open to HAC pilgrims only on a Capricorn Full Moon), or the mount and valley of Dux Aragox, though the latter is more distant. Please be aware that in order to have access to the above zones you need to receive two permits, one at the Kurandah Temple in the national capital Doctor Haragox, the other at the Kurandian Sites Deanery of Dominatrix (4.10.10), where you also need to offer a substantial donation or service, which will be decided following your request.

The Trinities of Domain Haragox