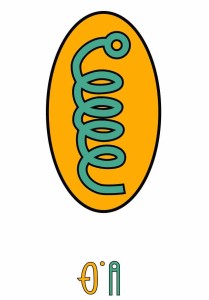 In the Astroshamanic Binary System Sun in Cancer (4) and Moon in Scorpio (8) constitute Binary 4.8, or Binary number 44.

Sun in Cancer and Moon in Scorpio blend Cardinal Water with Fixed Water. Those who resonate with this combination are most potent, explosive, dramatic, magnetic and sensitive beings. These folks are predisposed to impart a profound sense of emotional protection, which extends into the depth of most arcane ancestral roots, emanating an impelling sense of tribal devotion and purpose.

Those in search of their origins and soul’s path are drawn by 4.8 energy, since it represents the gateway and initiator into the mystery traditions, the re-awakener and midwives of most dormant memories.

In order to operate in safety, those who resonate with this calling need a robust connection with their ancestral supporting roots, as well as with their successors. They also need to acknowledge and utilize their inborn shamanic warrior capacity, which stem from the natural capacity of watching out for any menacing vibration at all times.

Cancer and Scorpio are in a trine aspect (120°), which produces an easy, balanced and mutually supporting link between the signs involved. This can bring major benefits when there is clarity of intent and focus. If this is not the case the benefits will develop unconsciously and gained by whoever holds a clear intention.

Astroshamanic Seal: an egg shape with a serpent pattern within. This seal provides access to major grahic elements and ancestral grievances. It leads to the peak of darkness, while also allowing the transit to the pathway leading to the peak of light. Its use requires relentless focus and release. The seal is connected with the Quiumakai seal, employed to move into the Lower World and also relates with the traditional astroshamanic conic hat. It opens up the path of mastery of the Sacred Cone, which requires the capacity to manage the 144 binaries.
The vision involves a gloomy black vortex, a huge serpent, moving through a village and devouring whatever it encounters.

This Nation can hardly be described through any current human language. The level of controversy that this realm potentially generates makes it taxing to provide details without incurring in fatal misapprehensions. All I can supply here are some inadequate and provisional etymological or historical references.
Dibhimah comes from Bhima, the Lower World pristine beloved ancestral being.[iii] As a result, although I understand this conclusion may seem rather impalpable (yet, believe me, it is not!) Bhimarians are most renowned multi-dimensional heroic whores and prostitutes. Whore comes from the Old English hora, meaning “dear”, while the same term means “circle” in Hebrew. The Oxford English Dictionary and other dictionaries refer that earlier the word prostitute (from Latin prostituere “to expose or offer publicly”) was used in the sense of “to offer with complete devotion or self-negation”, “to offer passion or lust indiscriminately” or simply as a synonym for “to devote”. The notion of “sex for hire” is not inherent in the etymology. It was not until the early 17th century that the term denoted “given over or devoted to something evil” or references to women who sell sexual services. From then on prostitute began to be used figuratively to mean “debased” or “debasing”, corrupt. By mid-century, prostitute was well established in the sexual negative sense known today.
Dibhimah holds the keys of the original Handorian ancestral sexual mystery traditions. Their sacred guardians are regarded as quintessence of beauty, love, service and compassion. They are among the most honoured Quald nationals and Handorian residents, and as such they are given towering respect and rank.
In Handor there is no separation between physical, emotional, mental and spiritual body, although separation can be consciously and provisionally generated for strategic game purposes. It is a universe based on playfulness, ecstasy, dance, entertainment and celebration, yet please bear in mind that such terms denote something far beyond human ordinary discernment. Furthermore, in Handor there is no idea of sin, taboo or prohibition. Possibly the only elements that may come across as imperatives are those of having an intention and honouring the basic agreements of the specific game one is in. Nevertheless these requirements come natural to Handorians as breathing and sleeping for human beings.
Multi-dimensional fertility is particularly treasured in Quald. Hence, games and dances serve the purpose of stimulating multi-dimensional sexuality, which leads to multi-dimensional creativity. The lower Sacred Cone, with the apex pointing down, portrays the sacred vulva and womb, whereas the higher Sacred Cone, facing up, refers to the fertilizing and energizing element. In the pristine developments of the Game of the Sacred Cone, the two cones, once united, strategically separated as Rodnah and Handor respectively. Handor would then cyclically meet Rodnah, merging with her for creative purposes, and then separate again. Echoes of this process were humanly captured in the Sumerian sacred relationship rituals or hierosgamos.
“The hieros gamos, the sacred prostitute was the votary chosen to embody the goddess. She was the goddess’ fertile womb, her passion and her erotic nature. In the union with the god, embodied by the reigning monarch, she assured the fertility and well-being of the land and the people. . . she did not make love in order to obtain admiration or devotion from the man who came to her, for often she remained veiled and anonymous; her raison d’être was to worship the goddess in lovemaking, thereby bringing the goddess love into the human sphere. In this union — the union of masculine and feminine, spiritual and physical — the personal was transcended and the divine entered in. As the embodiment of the goddess in the mystical union of the sacred marriage, the sacred prostitute aroused the male and was the receptacle for his passion . . . . The sacred prostitute was the holy vessel wherein chthonic and spiritual forces united.” (Nancy Qualls-Corbett, The Sacred Prostitute: Eternal Aspect of the Feminine, Inner City Books, pp. 39-40).
In earlier human times these practices were gradually lost. The rank of those associated with Dibhimah progressively declined, together with the experience of multi-dimensional sexuality, which was regarded as the foremost threat to the emerging strategic consensus reality we currently live in (HAC). Thus, any feature of multi-dimensional sexuality was brutally repressed and eliminated. This shift can be traced in most ancient human myths. Dibhimah related people fell from venerated, erotic and passionate beings to evil monsters and demons. For example, Inanna, the Sumerian queen of heaven, goddess of love and procreation, who praised her vulva and asked for her “holy churn” to be filled with “honey cheese”, is transformed into Tiamet, the dragon executed and dismembered by Marduk in the Enuma elish, the Babylonian mythic account.
In human terms Debhimah is an area of extremely high grahic proliferation and, as a result, is mainly out of bound for HAC visitors. Only the centres distributed along the Handorian Multiway (RS) and the State Multiway can be visited, whereas all other areas are not open for visitors. The capital is Devagrah, seat of the Southern Handorian Mahagraha and close to the cave where the black conic cap with the seal of Quiumakai was originated.