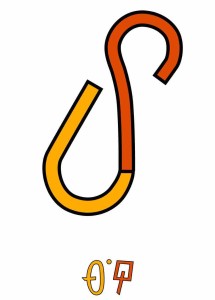 In the Astroshamanic Binary System Sun in Cancer (4) and Moon in Taurus (2) constitute Binary 4.2, or Binary number 38.

Sun in Cancer and Moon in Taurus blend Cardinal Water with Fixed Earth. Those who resonate with this combination are determined, focused, yet sensitive, tender and adaptable folks. Their interactions are based on honesty, sincerity and trust. They are masters in attracting resources, gathering wealth, manifesting prosperity, consolidating energy, as well as effectively redeploying it. They are also undeniably most sensual beings.

Sun in Cancer and Moon in Taurus are in a sextile (60°) aspect, which involves two complementary signs, sharing the same polarity, yet not the same element. The binary can work harmoniously and offer significant opportunities as long as there is awareness and clarity of intention on both sides.

When the waning Moon is in Taurus at 60° from the Sun in Cancer, the phase of Balsamic Moon, or Waning Crescent Moon, starts. It is a crucial receptive phase, a time of healing and rest, yet also of intense preparation and completion. Here you prepare for a new cycle, the next New Moon, and let go of the residues of the old. What is mainly needed in this phase is a work of release and forgiveness. It is easy at this stage to feel restless, excited or willing to change everything and start doing something totally new and unpredictable Yet, until you learn to release the grievances recycled from the past, you will never truly create anything new. The question here is: “What do I release? What do I take in the next cycle?”

Astroshamanic Seal: two pastoral staffs, or crosiers, arranged in an “S” shape. The seal works on the inner structure of the physical world and Earth. The vision involves a field of yellow wheat and a hut, where Ratah, the Spirit Keeper of the South and Earth element abides. The spirit slices something. I perceive the interference of thoughts nagging with grievances, which prevent the connection with the spirit. “You can journey in others. Use your body as a tool of power. Give your left hand to the other and the right to the Guide. Employ the Sacred Cone within you. You are the Seed. Let the Sacred Cone work.”

Luigi Pirandello: (Italian dramatist, novelist, 4.2.3, Uranus Power, Pluto Vessel, 28 June 1867 – 10 December 1936) “Our spirits have their own private way of understanding each other, of becoming intimate, while our external persons are still trapped in the commerce of ordinary words, in the slavery of social rules. Souls have their own needs and their own ambitions, which the body ignores when it sees that it’s impossible to satisfy them or achieve them.”
“Inevitably we construct ourselves. Let me explain. I enter this house and immediately I become what I have to become, what I can become: I construct myself. That is, I present myself to you in a form suitable to the relationship I wish to achieve with you. And, of course, you do the same with me.”
“No name. No memory today of yesterday’s name; of today’s name, tomorrow. If the name is the thing; if a name in us is the concept of every thing placed outside of us; and without a name you don’t have the concept, and the thing remains in us as if blind, indistinct and undefined: well then, let each carve this name that I bore among men, a funeral epigraph, on the brow of that image in which I appeared to him, and then leave it in peace, and let there be no more talk about it. It is fitting for the dead. For those who have concluded. I am alive and I do not conclude. Life does not conclude. And life knows nothing of names. This tree, tremulous pulse of new leaves. I am this tree. Tree, cloud; tomorrow book or wind: the book I read, the wind I drink. All outside, wandering.”
“But don’t you see that the whole trouble lies here? In words, words. Each one of us has within him a whole world of things, each man of us his own special world. And how can we ever come to an understanding if I put in the words I utter the sense and value of things as I see them; while you who listen to me must inevitably translate them according to the conception of things each one of you has within himself. We think we understand each other, but we never really do.”

Marcel Proust (French novelist, 4.2.1, Neptune Instrument, Uranus Power, Saturn Flower) “When from a long-distant past nothing subsists, after the people are dead, after the things are broken and scattered, still, alone, more fragile, but with more vitality, more unsubstantial, more persistent, more faithful, the smell and taste of things remain poised a long time, like souls, ready to remind us, waiting and hoping for their moment, amid the ruins of all the rest; and bear unfaltering, in the tiny and almost impalpable drop of their essence, the vast structure of recollection.” “And once again I had recognized the taste of the crumb of madeleine soaked in her decoction of lime-flowers which my aunt used to give me (although I did not yet know and must long postpone the discovery of why this memory made me so happy), immediately the old gray house upon the street, where her room was, rose up like the scenery of a theater.” (In Search of Lost Time)

The recommended daily requirement for hugs is: four per day for survival, eight per day for maintenance, and twelve per day for growth. (Virginia Satir)

“The only difference between the wise man and the fool is that the wise man knows he is playing.”  (Fritz Perls)

STATE OF QUALD
4.2 – Domain of Sankalo
Domain Sankalo is the nation of multi-dimensional retail banking and investments. This signifies that this realm possesses ample facilities aimed at storing or distributing emotional, mental and spiritual resources. For instance, if today I have a most ecstatic emotional experience (like being in love with someone) this is fourth-dimensional cash, which I may decide to pay in one of the four main Sankalian banks, i.e. the Royal Bank of Sankalo (RBS), United Cones Holdings, Draco Draco Draco and Banco del Duca.
The range of services offered by such banks is similar to conventional third-dimensional banking. Broadly speaking, they provide saving accounts and investment advice, issue credit cards and cheques, sell financial products or deal with foreign exchange. The only difference, which is indeed a momentous one, is that their functions are not symbolic. This means that they deal with real energy and wealth, rather than with banknotes or other representations of energy. If truth be told, there is a huge difference between Handorian and terrestrial banks. In Handor there are many types of bank, and their functioning changes from one state to another. Qualdian banks are particularly specialised in fourth-dimensional transactions, savings and investments. In this realm, the wonder of fourth-dimensional sensuality and pleasure find major expression and viability.
Please be aware that although every now and then I employ sporadic and ostensible sexual references, the adjective “fourth-dimensional” make them devoid of any ordinary voluptuous connotation.
Sankalian folks are exceptionally hard-headed and no-nonsense beings, most dexterous in redeploying emotions and manifesting honourable results. To further exacerbate things I will add that in Sankalo they predominantly focus on oral-copulation and, similarly to 4.12, yet more perspicaciously, on sundry variations of kissing. Although this may appear rather bizarre, if not insane, to put it uncompromisingly, their banking transactions involve interaction of tongues.
Perhaps the best way to get an immediate discernment about the divergence between terrestrial and Sankalian banks is confronting their respective logos and advertising. Sankalian ones mainly depict sensual kissing and other forms of erotic expression, though these terms in Sankalo are not meant at all in the way they do on Earth. I understand that the above may sound quite round the bend, and that here I may risk my reputation, as long as if I have ever had one, yet this is how things are in Sankalo.
Hence my advice, dear friends of mine, would be for each one of you to open a saving account in Sankalo, choosing among the above mentioned banks. You can find agencies in all towns and cities of the Domain, yet if you wish your savings or investment to have more impact in HAC it is advisable to open your accounts at the main offices in Daco, Duca del Banco, Domino or Duomo Dorado. Please find your way to remember your account number and password, which are both of an emotional nature. This means that you can access your account only if you are able to convey the related emotion.

The Trinities of Domain Sankalo