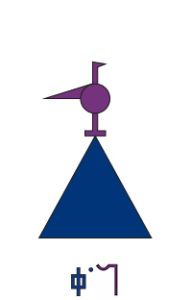 10.11 (Sun in Capricorn and Moon in Aquarius) is a mélange of cardinal earth and fixed air mixing Capricorn’s order, perseverance and responsibility with Aquarius’s genius, inventiveness and synergy. These are progressive folks far ahead their consensus time frame, yet fully grounded in their ordinary environment and capable of contributing major innovative tools. They have a genuine concern for the collective, easily involving in group activities and social achievements, and can become rather popular.

George Ivanovitch Gurdjieff: born with Sun in Capricorn conjunct Saturn, Moon in Aquarius, and Ascendant in Libra (10.11.7), was a master of the gap between ordinarye and non-ordinary reality, and the Way of the Sly Man. Gurdjieff described ordinary reality as a form of sleep where men live. He believed that the development of the capacity to wake up from this sleep required a consistent work on oneself, guided initially by a teacher. The work implied being aware of the ordinary unconscious details of life, such as eating, walking, speaking, standing, etc, and also practicing spacific movements. Gurdjieff employed the “Stop” practice: ordering his students to freeze suddenly and without notice no matter what they were doing and keeping the position they found themselves in when this signal was made. Gurdjieff is known mainly through the works of his pupil, P.D. Ouspensky and other authors. Three books by Gurdjieff, forming the trilogy All and Everything were published after his death. He was able to fix anything. People would give him something broken and he would find a away to mend it. He promoted the harmonious connection of the ‘wisdom’ of the East and the ‘energy’ of the West in order to save the planet from destruction.

The present period of culture is, in the whole process of perfecting humanity, an empty and abortive interval.

Everything living on the Earth, people, animals, plants, is food for the moon…. All movements, actions, and manifestations of people, animals, and plants depend upon the moon and are controlled by the moon…. The mechanical part of our life depends upon the moon, is subject to the moon. If we develop in ourselves consciousness and will, and subject our mechanical life and all our mechanical manifestations to them, we shall escape from the power of the moon.

Strategically relevant for the work on the Binaries are Gudijeff’s writings on the Moon, as well as many other writings, including those of his associate Ouspenski. For his views on the Moon see: http://knol.google.com/k/gurdjieff-the-moon-organic-life#
Also see the chapter on Gurdijeff in Richard Smoley and Jay Kineey’s book, Hidden Wisdom.

Giovanni Battista Pergolesi, with Sun in Capricorn, Moon in Aquarius, Ascendant in Scorpio, Uranus and Pluto on the Medium Coeli (Uranus and Pluto Flower), born  in Jesi on January 4, 1710 and died very young in Pozzuoli (March 16/17, 1736) was an Italian composer, violinist and organist. He was one of the most important early composers of opera buffa (comic opera). Among Pergolesi’s other operatic works are his first opera La conversione e morte di San Guglielmo (1731), Lo frate ‘nnammorato (The brother in love, 1732), L’Olimpiade (31 January 1735) and Il Flaminio (1735).  In such a short life he was able to compose many other works. There are various controversial anecdotes regarding Pergolesi. He was born as a Uranus and Pluto Flower. Flowers, in astroshamanic astrological strategies, often denote transiting multidimensional folks aimed at creating gateways or gaps of consciousness while they head into other higher configurations, paving the way for those who are ready to move on with them, at any time and space. Hence the music of Pergolesi or, in more concrete term, places closely related and devoted to Pergolesi (such as Teatro Pergolesi in Jesi, as well as Jesi itself) hold this quality at any time and space. Please be aware that Pergolesi was a nickname and the original surname of Pergolesi was Draghi (Dragons). His family came from Pergola, a village where there is one of the few churches devoted to the Three Kings (Chiesa dei Re Magi).

Binary Programme 1 – Pahekarubhe 1: 10.11, 221298
I enter the Circle with a flame in my hands, which I then place on the solar plexus. I move towards the centre of the Circle, by the Tree. I join hands with the Guides of the Lower and Higher World, then I let them go and begin to radiate light in all directions. The energy is very strong in the solar plexus.
In Quiumakai I find myself on a large rock, from where I can see the entire area. I am aware that the energy needs to be managed with wisdom. I am holding a lot of energy and this will increase day by day. What is the way to manage it rightly? I drink the potion and Seagull arrives.
Seagull lands on triangular rock. It reads some newspapers where there are various articles I have written. It reminds me that during the Winter Solstice ritual I lit the candle of Sector 3. It tells me to be light and fast in my communication and creativity, to programme ahead, without being heavy, being playful instead.
“Spread the voice of the Circle everywhere. You are responsible for this enterprise. You manage the energy and decide how to employ it. Nobody else can do it for you. You have our support, yet you cannot ask us what you need to do. We are forces at your disposal so as to manifest what you decide to create. The power is in your hands”