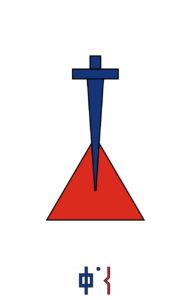 10.1 (Sun in Capricorn and Moon in Aries) is a blend of cardinal earth and cardinal fire, integrating Capricorn’s aspiration, authority, commitment and integrity with Aries’s pioneering spirit, courage and straightforwardness. Those who resonate with this combination are potent, influential and ambitious beings, capable of investing enormous amounts of energy to pursue their goals. They know how to move in the third-dimensional world in order to manifest their intentions, especially when it comes to take the initiative and set up the foundations for big projects.

Capricorn and Aries are in a square (90°) aspect. They are both cardinal signs, expressing the initiating force of the direction, season and element they represent, North and East, Winter and Spring, Earth and Fire respectively. They share the power to start a new process, though their energy works at cross-purposes and this can cause significant friction. In ordinary terms these signs appear hard to integrate due to the tension they generate, and yet this same tension can provide the massive force needed for achieving most significant objectives. 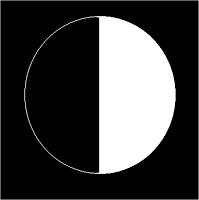 When the Crescent Moon in Aries forms a square or 90° angle to the Sun in Capricorn, the First Quarter or Waxing Halfmoon begins. At this active phase, the Moon moves outside the orbit of the Earth toward that of Mars. It is the right moment to act out, take initiative, step forward, go for it, and do what feels right. Here we have the possibility to choose either to be creative protagonists of our life or passive victims of events. It is a question of getting down to work, using the physical body in accordance with your Intent, stirring the energy, not of thinking or visioning. The question is: “What do I do right now to set in motion my Intent?” The key here is not indulging on the answer, and simply do it.

Astroshamanic Seal: a sword in the stone, with all its related legendary meanings.

Lorenzo de’ Medici (10.1.2, January 1, 1449 – 9 April 1492) was an Italian statesman and ruler of the Florentine Republic during the Italian Renaissance. Known as Lorenzo the Magnificent (Lorenzo il Magnifico) by contemporary Florentines, he was a diplomat, politician, and patron of scholars, artists, and poets. “How beautiful is youth, that is always slipping away! Whoever wants to be happy, let him be so: about tomorrow there’s no knowing.”

I climb the rocky mountain. A predatory bird comes, carrying a twig in its beak. The twig has a leaf, which I detach. Within the leaf there is a being, who salutes me with a sort of namasté and hands me a potion. I drink the potion. I see the wheel of a stage coach, moving at high speed. From the stage coach a chest is thrown out. I get off to check what this chest is about. I open it and I find a beautiful and luminous sword, some rosaries and a book with some instructions. “This is the sword to use with responsibility and discipline in the inner world so as to express sector 1. Through the instructions given in the book the warrior gets operative clarity and aligns with a primary responsibility.” I climb the rocky mountain with the sword, rosaries and book. I insert the sword in the rock, which is the seal of the binary.