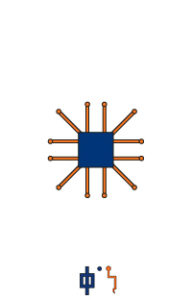 10.3 (Sun in Capricorn and Moon in Gemini) is a blend of cardinal earth and mutable air mixing Capricorn’s order, perseverance and responsibility with Gemini’s flexibility, versatility, eloquence and cleverness. These may be very ambitious folks, especially in the realm of the intellect. They easily and quickly assimilate and integrate what they learn, employing it in practical terms and putting it to effective use in accordance with their intent. Their gifts encompass the domain of communication, including public speaking and writing, organisation, advertising, networking, which they carry on superbly blending a seriousness and humour.

Capricorn and Gemini are in quincunx aspect, an angle of 150°, which is five-twelfths of the 360°. This aspect tends to cause slides into parallel universes affecting what happens in your everyday reality. The influence can be moderate, yet in some circumstances rather abrupt. Depending on the multidimensional conscious openness of the elements involved it can be experienced in harmonious or disharmonious ways. 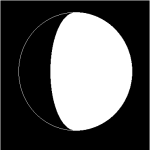 Douglas Baker (10.3.7) English author and lecturer, who has written over a hundred books on various esoteric subjects.

Frederick II (26 December 1194 – 13 December 1250), one of the most powerful Holy Roman Emperors of the Middle Ages and head of the House of Hohenstaufen.

It is very windy as I climb the rock of Quiumakai. The wind moves through my hair and I can hear its whistle and touch.
“Oh sacred wind, I am most pleased to meet you. Now I say the sacred words of the Intent so that you can carry their essence and spread them through the planet and universe…”
The wind provides the potion and in exchange I offer a scale of Sun, Mercury and Saturn. I get on then wind and the wind carries me above.  From above I see all the places where the words of my Intent move, activating many situations. They activate trees, animals, stones and people.
“From here you can see how your dreams gradually take shape. A lot of wonderful things are taking place and you cannot be aware of them unless you get on the wind. What is taking place is the result of your constant work. Every time you say the words of the Intent new energy is given to the project. Go on in this way and acknowledge it openly. You are not alone in this process. Other Pioneers are operating and you are one of them. Operate and reveal your message. Retrieve your games as a child, They abound with truth. It is your birthright that of expressing your vision. Take everything to the Portal number 7”