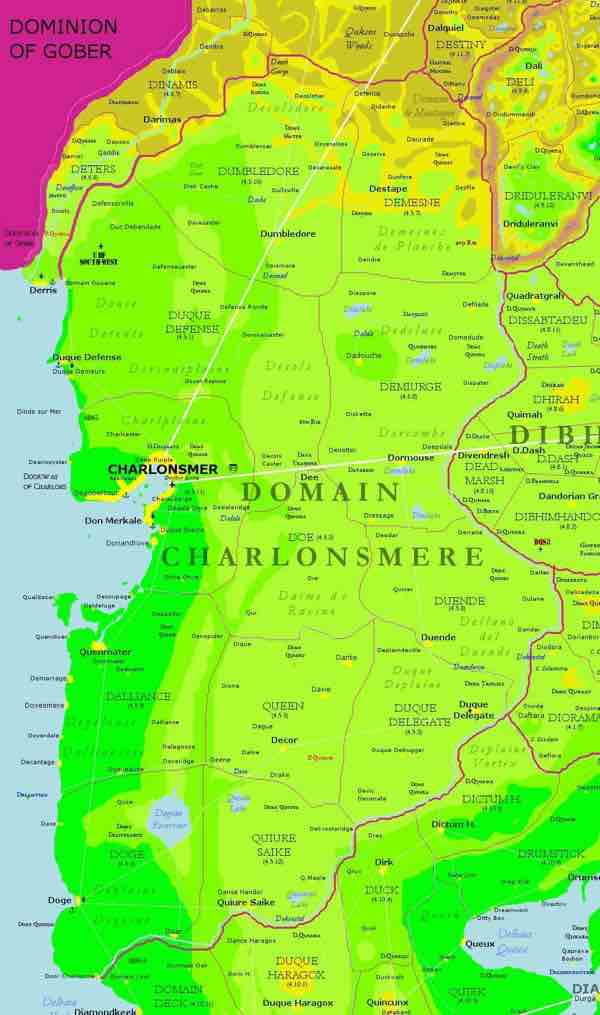 This is a large territory located in the western area of Quald, admired for its renowned seaside resorts noted for their superb white-orange sand beaches and enchanting fields of daisies.

The capital, Charlonsmer, features a most fascinating long promenade dominated by the Gober Tower and the De Merkale, a multi-dimensional roller-coaster, which is the highest in Handor. Don Merkale is also Charlons’ national hero.

In practical terms, Charlons energy allows the re-enactment of ordinary romantic and erotic myths at their matrix multidimensional level. This means that, by opening to this nation, I can translate personal ordinary romance or eroticism into multidimensional collective and mythical events. This is the first step in any astroshamanic healing process: connecting personal or separated history to collective myths.
The second step involves the rapport with the multi-dimensional realm, which is the sphere of guides and unity. Hence, the chance during these 4.5 binary days is to refer your ordinary romantic or ecstatic lovemaking enterprises – no matter whether they belong to your past (they happened some time ago), present (they are currently happening) or future (they are part of your dreams or aspirations) – to their original multidimensional matrix.

It is a form of recapitulation in which, after scanning a specific ordinary romantic or lovemaking event, and fully honouring or blessing the parties involved, you deliver them to the Sacred Cone. This means that, instead of holding the event in your memory as you have perceived it according to your ordinary conditioned perspective, you let it flow and define in its original essence. You project it on the multi-dimensional screen and allow it to unfold its mythic essence.

At this stage the parties involved will be realigned to their pristine roles, and this will unveil the sublime multidimensional intercourse of the gods. And the gods will chuckle in their nudity. And you will be converted into the Naked King and Queen.
The main team is Doctor Cone.

The Trinities of Domain Charlosmere