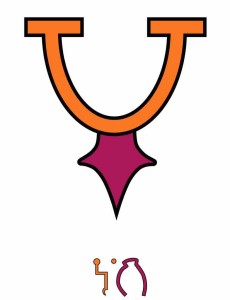 In the Astroshamanic Binary System Sun in Gemini (3) and Moon in Pisces (12) constitute Binary 3.12, or Binary number 36.

Sun in Gemini and Moon in Pisces combine Mutable Air with Mutable Water, integrating Gemini’s mental dexterity with Pisces’s compassion, imagination and shape-shifting. This binary easily operate as bridge between ordinary and non-ordinary in the realm of communication and information. It is extremely receptive, versatile and sensitive, with the capacity to shine in many operative fields of life.

This configuration, combining both Mutable Air and Water, magnifies the shape-shifting nature of the multi-dimensional realms, as well as the limitation of human awareness in this respect. In the fourth and other higher dimensions, external forms can potentially be changed at will, just as human beings decide to wear different clothes. Certain physical forms or bodies may be used for a longer time then others, depending on circumstances or assignments, just as some human beings (militaries, priests, etc.) tend to wear special clothing in order to identify their role. (Click here for further details on shapeshifting)

Gemini and Pisces are in a square (90°) aspect. They are both mutable signs, holding the final stage, integration and transition of the direction, season and element they represent, East and North, Spring and Winter, Air and Water respectively. They share the capacity to move on, completing processes and paving the way for new ones, though their energy may work at cross-purposes and this could cause significant friction. In ordinary terms these signs appear difficult to integrate due to the tension they generate, and yet this same tension can provide the best force for achieving most significant objectives.

Astroshamanic Seal: a serif “V” shape with a five-pointed star at the bottom. The vision involves two hands opening a curtain, unveiling a stage where a mime and magician called Ratusel gives a performance, illuminated by a soft light. The audience is amazed by what the magician does, yet he is detached from them and at the end of the show withdraw in his room. He holds a crystal in his hands and  speak with it, then he enter inside the crystal. The crystal is the place where the magician lives. The crystal is a huge universe. The magician disappears and what is left is only the crystal

Louis Céline: born on 27 May 1894, with Sun in Gemini, Moon in Pisces and Ascendant in Libra, Celine was a French writer and doctor, author of controversial novels, such as Journey to the End of the Night and Death on the Installment Plan. His works contain major non-ordinary elements and depict a nihilistic realistic world filled with chaos, inertia, pessimism, deformities and disintegration.
Those who talk about the future are scoundrels. It is the present that matters. To evoke one’s posterity is to make a speech to maggots.
Neptune has finally wed Venus – even Gods can’t screw around forever.
Life is filigree work. What is written clearly is not worth much, it’s the transparency that counts.
Living, just by itself – what a dirge that is! Life is a classroom and Boredom’s the usher, there all the time to spy on you; whatever happens, you’ve got to look as if you were awfully busy all the time doing something that’s terribly exciting – or he’ll come along and nibble your brain.

Allen Ginsberg: born on 3 June 1926, with Sun in Gemini, Moon and Ascendant in Pisces, was one of the major American beat poets, particularly known for Howl, whose opening are: “I saw the best minds of my generation destroyed by madness”. He was also involved with Tibetan Buddhism.
Poetry is not an expression of the party line. It’s that time of night, lying in bed, thinking what you really think, making the private world public, that’s what the poet does.
The only thing that can save the world is the reclaiming of the awareness of the world. That’s what poetry does.

This Principality is an archipelago comprising 12 islands. It is the original land of Ratuselm, one of the most popular Handorian shapeshifting heroes. Ratuselm still travels extensively and unceasingly in all realms and dimensions, taking all types of forms.

As a general trait of their character, Tudorians are mobile, communicative, mutable, and fond of movement. When it comes to Ratuselians (as they are called the inhabitants of Ratudor Rohim) these qualities are largely amplified. Ratuselm is a model in this respect.

He was the first Handorian who managed to spend some time on the surface of the Earth, while also managing to get out of it. In his entire career, that was the only place where his shape-shifting power came to a sticky end. He was paralysed for ages both in form, movement and shape.

This is the most dreadful thing that can happen to a Tudorian. Earth has the reputation of being the planet where it is almost inevitable to get stuck, and it was very brave of Ratuselm to spend some time there. Much could be written about Ratuselm. I gave various accounts of his life on Earth in previous writings, yet since I am quite occupied at the moment, I will leave it to another occasion.