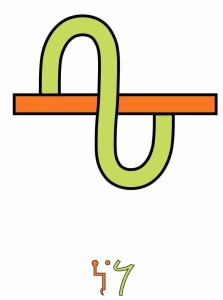 In the Astroshamanic Binary System Sun in Gemini (3) and Moon in Virgo (6) constitute Binary 3.6, or Binary number 30.

This binary promotes sharp minds and a spontaneous propensity to be constantly at work, unceasingly carrying out tasks and even performing most of them simultaneously.

At its best this binary provides the gift to start and strenuously implement project involving major mental and physical resources. It is the energy behind whatever requires meticulous and devoted work, encyclopaedic enterprises, inspired by a deep sense of service and a sacred urge to unveil our most authentic nature.

Gemini and Virgo are in a square (90°) aspect. They are both mutable signs, holding the core essence of the direction, season and element they represent, East and South, Spring and Summer, Air and Earth respectively. They share a mutual flowing energy and the capacity to put it effectively in motion, remaining flexible and never getting stuck, though their focus operate differently. Gemini tend to move outwardly, disregarding details and covering as much as possible horizontally, while Virgo thrives on precise analysis, uncovering abundant information in limited space. In ordinary terms these signs appear hard to integrate due to the tension they generate, and yet this same tension can provide the massive force needed for achieving most significant objectives.

Astroshamanic Seal: a horizontal line with two semicircles, the first above the line, and the other below. The seal bestows the power to create maximum integrity and efficiency in communication at all levels, including multidimensional relations and the connection between the outer and the inner world, the core essence and its projections. It also provides abundant support and blessings for all vast enterprises involving retrieval, editing and integration of data, information, facilitating rightful discrimination, honouring the details as well as their firm alignment and adherence to the larger vision. It is motivated by a profound sense of service and sacred engagement with the world.

3.6 – PRINCIPALITY OF SANGOS
This principality lies in the central north area, consisting of high valleys and gentle mountains. Its capital is Chamois, celebrated for its impeccable dome, while its main pilgrimage centre is Cres, the former capital, hosting the pristine Circle of the Sacred Cone. Sangos is the main principality on the sacred Pulmonary Path, featuring the largest number of sites, such as Coneregis and Pulmonary Lobes. Sangos is also one of the most visited nations of HSS from special agents coming from other realities.

The main feature of Sangos is that, although it is a most prominent place in the Epic of the Sacred Cone, it does not have the same popularity of other Tudorian centres. It is in Cres that the first complete Circle of the Sacred Cone was manifested. This is also a major networking centre with the capacity of conveying messages on a most expanded scale, especially through movement and dance. It is the original land of Sangos, the swiftest heroic master of the Game of the Sacred Cone. A 13th special rescue team of Handorian master pioneers was formed in order to launch a gigantic multidimensional enterprise aimed at retrieving the matrix of the 144 original pioneers stranded in the Grey Sphere. Sangos was part of that squad, yet compared to popular masters such as Zlim, Bunos, Nax, Hafran, Hannain and other trendy Handorians, he was virtually ignored. This is the motive why, although he miraculously managed to hastily retrieve the matrix of the 144 original pioneers right at the very start of the game, his achievement did not receive attention. Firstly it was too premature. This was supposed to be a colossal game mega-production enterprise, and here swift Sangos comes and does it suddenly all on his own, spoiling the expectations of a most prolonged entertainment. Secondly, Sangos himself was not totally aware of his startling accomplishment. Yet the plain truth is that the 144 pioneers had already been retrieved, and there was no apparent point in setting off the gigantic enterprise which followed. This is what happened though. Only in the very end Sangos’ high-speed mind-blowing deed was hesitantly acknowledged. Receive major blessings from Sangor, the one with “thunders in his footsteps and lightning in his fists”.