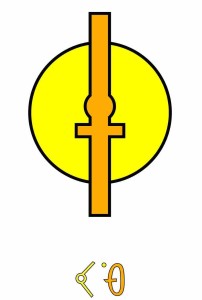 In the Astroshamanic Binary System Sun in Leo (5) and Moon in Cancer (4) constitute Binary 5.4, or Binary number 52.

The combination of Sun in Leo and Moon in Cancer (5.4) mixes Leo’s generosity, vitality and leadership with Cancer’s nurturing and protective qualities.

This binary holds a strong and natural integration of the Sun and Moon principles since both luminaries are placed in their ruling signs. This can produce warm, sensitive, generous and grounded energies, operating as amazing sources of attraction and trust.

Relationships play an important healing role here when they are experienced with spontaneity and a solid sense of self-worth, which prevent wasting energy in strategies for receiving approval and recognition. In 5.4 rapports it is given for granted that each partner is worthy of love, hence, the idea of looking for “someone who loves me” does not make sense in this context, though the grieving expression of 5.4 may portray the polar opposite. What 5.4 want is someone upon whom they can pour their love and share their joyful power with.

On the eve of the Leo New Moon (5.5), this tender and passionate encounter is imminent. Hence, open your heart and rejoice at the glorious proximity of the Beloved! Joyfully celebrate the majestic unveiling of the Bridal Chamber! In practical terms this is a direct invitation to gather all your confidence and solemnly, yet playfully, claim and exhibit the intimate connection with your most beloved partner, your Guide. This is your birth right! This is what the Sun in Leo and the Moon in Cancer inescapably herald. And in the mere announcement of this fated reunion the ecstatic wedding is superbly manifested.

“Bridegrooms and brides belong to the bridal chamber. No one shall he able to see the bridegroom with the bride unless one becomes one.” (Philip 82: 20-25)

“We grant our total consent in your choice to unveil, acknowledge and entirely inflate your authentic power and gifts. Nevertheless, you cannot insist on the assistance of your hallucinations”. (Paheka Rubhe Tabe Siniera, 5-4:1.

Astroshamanic Seal: a circle with a vertical line similar to a sword.

“You have our consent in your choice of taking the leap. At the same time you cannot expect us to support your hallucinations.”

The liquid of the potion which leads to the seal is blue. On this blue liquid the Sun shines. I have a strong feeling in my navel. From the navel something comes out. It is a child full of rage and power. He holds a sword and is ready to get what he wants. Hence, he gets the Sun and the Moon who bestow to him the keys of the 144 binary relationships. The child sets off the horizontal routine of six beings who wait for their beloved and other six who seek for the beloved. This ritual routine is the key. Together with the six couples, there is also a seventh one. This couple leads and inspires the whole process from a vertical perspective. It does this with discretion and power.

According to the astroshamanic system of the 144 binary rapports, or Paheka Rubhe the combination of 5.4 is associated with the Realm of Hartford, one of the 12 metropolitan nations of the Cosmopolitan State of Hartem. The Hartfordian Nation is celebrated for the formation of the state capital tutelary barrier of Kurtavindah and the Hartemian Fort. The Kurtavindah, conceived by Shiramest, Hartford’s national hero, is the strongest protection and fortification structure in the Handorian States System. Although this massive barrier is under the jurisdiction of the capital district of Zentrart, it is basically run by Hartfortian guards. On the south-west bend of the Kurtavindah lies the Hartemian Fort, the key southern defensive stronghold of the capital, evoking ancient times of Handorian siege warfare. Hartford is also renowned for its food, catering and hospitality industries, and for featuring some of the most comfortable Hartemian hotels, such as the Harford Interstate Hotel and the Home of Hartem. The Realm of Hartford emanates a deep resonance with the original traditions of the Hartemian people.
5-4-1 RIGHT HARFORD, R.Suquka
5-4-2 HARTE REARWARD, R.Suqura
5-4-3 ROD, R.Suquma, Heart Valve
5-4-4 REED, R.Suququ
5-4-5 ELAND, R.Suqusu
5-4-6 RONALD, R.Suquks
5-4-7 HARFORD, Emerald, R.Suquat
5-4-8 RUBICUND, R.Suquha
5-4-9 REARGUARD, R.Suquni
5-4-10 EAST ROUND, R.Suqusa
5-4-11 EAGLESFIELD, R.Suquur
5-4-12 EAST HARFORD, R.Suquta