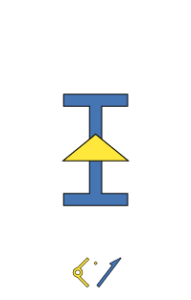 In the Astroshamanic Binary System Sun in Leo (5) and Moon in Sagittarius (9) constitute Binary 5.9, or Binary number 57.

Leo and Sagittarius are in a trine aspect (120°), which produces an easy, balanced and mutually supporting link between the signs involved. This can bring major benefits when there is clarity of intent and focus. If this is not the case the benefits will develop unconsciously and gained by whoever holds a clear intention.

This incandescent combination is a flaming mixture of Fixed and Mutable Fire. The pattern Sun in Leo and Moon in Sagittarius fuses Leo’s munificence, liveliness and headship with Sagittarius’s adventure, expansion, freedom and thirst for truth.

Those who resonate with this combination are passionate voyagers, most adventurous leaders and game players, or Indiana Jones and Lawrence of Arabia types. They are constantly searching for new territories to explore, stretching into novel horizons, venturing through exciting risky games.

Their overall structure is extremely optimistic, enthusiastic and abundant with energy. This allows them to channel copious energies and joyfully move beyond limitations in search of the plain truth.

Since 5.9 follows 5.8, the joyful and ecstatic impulse of this blend of fire is tested by the navigation through the valley of darkness and in the best condition to face any challenge. Hence, if you find yourself resonating with this binary, you will summon the energy to gamble with life, out of the awareness that there is truly nothing to lose, with the only hazard being that of winning. This is also a major binary for fire rituals.

Fire rituals call upon the vital force of the Sun and the perception of the energy underlying all apparent forms. The fire element, as it is depicted in the symbol of the triangle with a top vertex, evokes the flow of energy towards the original intent or the process of manifestation from the perspective of the generating force. This implies rising energy above the confinement of fragmented reality and human separated perception, allowing it to align with the primal multi-dimensional identity. Here the conditions for rising above the inescapable friction between the bona fide horny bit[1] and the rerouting device[i] mature.

At this point I can exercise a crucial choice: the direct invitation of the Third Pole, which is indeed our Core Multidimensional Identity (CMI). This is a crucial stage in the re-enactment of the Epic of the Sacred Cone. In the Exegesis on the Soul, a Gnostic text, it corresponds to the point when the soul, after having reached the apex of grievances, finds the courage to ask for help to the Father. And this is indeed the decisive moment.[ii]

The fires of passion, previously burning and scorching horizontally, shift their sense of direction and involve the vertical axis, the original vertex, which was beforehand excluded both as spectator and as the director.

At this stage the drama expands into an unexpected scenario, and the protagonists of the theatre production are systematically unveiled, until the original integrity of the game is restored and all separated pieces are retrieved. Yet, the first step in this development, as it is exemplified by 5.9, involves taking a fatal risk: completing the second stage of release (5.8). In practical terms this implies committing to definitely letting go of the attachment to grievances by stepping out of the confinement created by shame and secrecy, which is indeed what ultimately feeds separation and sustains the rerouting device.

“Asking for help to the Father” is a vertical process that addresses the director and the spectators, not the actors. The function of the rerouting device is to prevent this possibility by focusing merely on the stage and limiting the interactions to the actors, with their setting and script. In the vertical process the actors join their binary forces and acknowledge themselves as one polarity. They cease the previous representation, inviting the public as well as the director to be exposed.

Total laughter is the medicine of 5.9. Here all cells of the body laugh, every tissue of your system vibrates with ecstasy, and this brings a state of unconceivable well-being. Laughter in its most expanded form is the loving orchestration of all your fragmented parts. In deep, authentic laughter separation annihilates.

“Laugh and the whole world laughs with you; weep and you sleep alone.” (Osho, Take It Easy)
Astroshamanic Seal: a vertical line joining two parallel horizontal lines, with a triangle pointing upwards in the middle. The seal is traced by first drawing the triangle, which exemplifies the position of the heart, then by drawing the upper horizontal line, followed by the lower horizontal line, and finally the vertical line. The seal is aimed at spontaneously directing energy towards objectives aligned with the web of life.

1819 – Herman Melville, (5.9.10) American writer (d. 1891) (August 1, 1819 – September 28, 1891) was an American novelist, short story writer, essayist, and poet. He is best known for his novel Moby-Dick and the posthumous novella Billy Budd. His first three books gained much contemporary attention (the first, Typee, becoming a bestseller), but after a fast-blooming literary success in the late 1840s, his popularity declined precipitously in the mid-1850s and never recovered during his lifetime. When he died in 1891, he was almost completely forgotten. It was not until the “Melville Revival” in the early 20th century that his work won recognition, especially Moby-Dick, which was hailed as one of the literary masterpieces of both American and world literature. He was the first writer to have his works collected and published by the Library of America.

Located in the far eastern zone of the State, it is the most extraordinary Hartemian metropolitan development in recent ages. Donarulish are highly mobile, migrating and adventurous beings, with a compelling urge to discover and love what lies beyond, unveil hidden truths and then return home to describe their findings. They are also most popular for their overwhelming laughter, which can be extensively heard, especially in the south-east area of Donarulow, near the border with the Nation of Lenning. It is thanks to this remarkable laughing spirit that they can face most audacious enterprises. Their pristine challenge involved establishing an outlet in the Handorian Sea, which, given the political situations of those times, was regarded as the greatest possible absurdity. Yet, following a long series of most audacious and hilarious endeavours, this is indeed what they accomplished! As a result, the State of Hartem was connected to the Handorian Sea, with the port town of Edonandow becoming its far eastern extreme base and the departing point of many other amazing expeditions. Thus, if you aim at something unbelievable, mind-blogging, implausible, far-fetched, absurd, and against all odds, Edonandow is the place to visit. There you will find all the support you need, for here the implausible becomes plausible. Yet, there is one condition: it will not work unless you walk, as well as laugh, your talk, have an unbending Intent and are prepared to gamble your entire energetic resources. Hence, give it a thought and once you are ready, you know where to go.
5-9-1 EARL OF ROTHI (Elbow-on-Crow), R.Sunika, Jugular Vein
5-9-2 RAINBOW REGION, R.Sunira
5-9-3 ROI (Euv), R.Sunima, Clavicular Vein
5-9-4 ENKI (Enki), R.Suniqu
5-9-5 RATRI (Eatow), R.Sunisu
5-9-6 RIORKI, R.Suniks
5-9-7 RIMBROW (Rimshaw), R.Suniat
5-9-8 RIDINGOW (Ridinlow), R.Suniha
5-9-9 EDONANDOW (Edonaruli) + EDONANDOW, R.Sunini, Spinal Column
5-9-10 EORKASMERE, R.Sunisa
5-9-11 REDCAR SHOW, R.Suniur
5-9-12 EAST HARTEMI (East Havenow), R.Sunita

[i] See binaries 5.7 and 5.8.
[ii] In the Exegesis on the Soul, the Father, upon receiving the soul’s request for help, operates as follows: first, he makes the womb of the soul shift outward so that it can reawaken its power, i.e. it moves outside like a male genital organ. In this way she is protected from further contaminations from her lovers. Then, the Father sends a bridegroom, who is her original brother. The soul welcomes her bridegroom in the bridal chamber and they love each other with great passion. The fruit of their union are good and beautiful children. Finally, the soul regenerates and returns to her original state of unity.