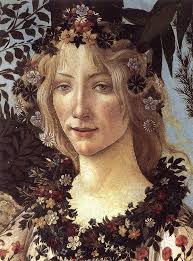 The Sun continues its journey in Taurus, treading into the luminous May sky and shining upon abundant celebrations throughout the planet.

The month of May abounds with festivals, starting with Beltane, the spring festival taking place on the first day of May.

May festivals derived from ancient rites that honoured spring deities (such as Flora, the Roman goddess of flowers) and celebrated the reappearance of flowers.

A typical custom in May is to dance around a garlanded pole (maypole), from which hang streamers held by the dancers. May Day (Beltane) also marked the Celtic beginning of the summer season and is regarded as a gateway time to other dimensions. Beltane means ‘the day of Bel’s fire’ or ‘Baal’s fire.

In ancient Beltane rituals a man was chosen to represent the King, and a woman to play the part of the Earth Goddess. The two would then mate so as to guarantee the fertility of the land. In this way the power of the two polarities is united so as to bestow blessings upon the web of life.

The Full Moon during the cycle of Taurus is known in the Theravada Buddhist countries of South East Asia as the Vesak: the birthday, enlightenment and entry into Nirvana of Buddha. In this respect it is considered as the most powerful Full Moon of the year (click here for our article on the Full Moon in Scorpio).