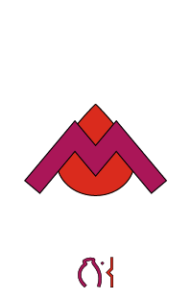 12.1 (Sun in Pisces and Moon in Aries) blend Pisces’s vivid imagination, compassion and sensitivity with Aries’s initiative, straightforwardness and courage. Romantic and warm crusader, adventurous and ardent explorers of all states of consciousness, these folks invest abundant energy and express copious enthusiasm in their endeavors, integrating deep compassionate feelings with assertiveness and impetuosity.

Sun in Pisces and Moon in Aries form a semi-sextile (30°) aspect, connecting two consecutive signs, which are most different energies, yet closely linked. The signs involved can work well together as long as they keep their integrity. The first sign, in this case Pisces, sets the process in motion, and the second (Aries) follows. Hence as long as Pisces’ imagination, sensitivity and multidimensional creativity pave the way, Aries’ initiative, straighforwardness and courage can provide major blessings in Pisces’s dreams and visions.

Astroshamanic Seal: from the ocean and deluge of Pisces, a fiery and aggressive red rock comes forth, gradually moving upward and allowing the emergence of an entire island. From the island a furious yell emanates. A divine being, armed with a sword shouts and his yell echoes everywhere. His eyes are ferocious and radiating.

Ryūnosuke Akutagawa (12.1) (March 1, 1892 – July 24, 1927) Japanese writer, regarded as the “Father of the Japanese short story”. Author of Rashōmon and Dragon: the Old Potter’s Tale, which is about a joke played by a monk who erects a sign next to a pond reading “On the third day of the third month, the dragon of this pond will ascend to heaven”. His sign ends up attracting many people, including influential lords. A large crowd watches the lake faithfully, then the sky darkens and everyone gathered, including the monk, believe they see a dark powerful dragon ascending towards the sky. Afterwards, no one will believe the monk’s claim that the sign was a practical joke; even the monk, the instigator, believes a dragon from the pond actually flew towards his home. “A man sometimes devotes his life to a desire which he is not sure will ever be fulfilled. Those who laugh at this folly are, after all, no more than mere spectators of life.”

James Redfield, born on 19 March 1950, with Sun in Pisces, Moon in Aries and Ascendant in Virgo, he is the author of The Celestine Prophecy. The book was rejected by several publishing houses and Redfield self published it, making it one of the most best selling self-published books of all times. Also his second book, The Tenth Insight: Holding the Vision, became a bestseller, and was followed by The Secret of Shambhala: In Search of the Eleventh Insight. If we knock on the door until it opens, not taking no for an answer, our lives will be transformed as we step up into a higher awareness. Prayer power is real. By putting it into action, we will be able to stay more constantly in higher awareness than ever before. If we can do that, the world will quickly change.

Tony Robbins (12.1.7) born February 29, 1960, American self-help writer and professional speaker, known through the use of firewalking in his seminars. Author of Unlimited Power: The New Science of Personal Achievement, Giant Steps, Inner Strength : Harnessing the Power of Your Six Primal Needs.

Richard Tarnas (12.1.3, Uranus cjn Asc) born February 21, 1950), author of The Passion of the Western Mind (1991) and Cosmos and Psyche (2006), cultural historian and professor of philosophy and psychology at the California Institute of Integral Studies in San Francisco,

Alexandre Volguine (12.1.11) holistic astrologer (3 March 1903, Ukraine-1976) knowN for his theory of encadrement , which emphasizes the sequence of natal planets.

Friedrich Spee (12.1.5, Neptune cjn Asc, Pluto cjn MC, Uranus cjn Moon) Friedrich Spee von Langenfeld, (Kaiserswerth, February 25, 1591 – Trier, August 7, 1635) German Jesuit and poet, most noted as an opponent of trials for witchcraft. Spee was the first person in his time who spoke strongly and with arguments against torture in general. He may be considered the first who ever gave good arguments why torture is not a way of obtaining truth from someone undergoing painful questioning.

Infante Henrique, Duke of Viseu KG (12.1.1) Porto, March 4, 1394–Sagres, November 13, 1460, important figure in the early days of the Portuguese Empire, being responsible for the beginning of the European worldwide explorations.

The Muollizan Nation of Ztakira (Rikat in Rodnah and Takri in Pahai), also known as Takir, is a multidimensional archipelago situated in the northern Urpleian Ocean. It consists of the main islands of Tak and Yells, and several islands and archipelagos. islandsof Argyan, and two reserve base smaller islands (Uj and Un) under a joined jurisdiction with the Handorian Defense System. Takir is in very close proximity to the Handorian Central Authority Territory of Hantah Island.

The Sacred Cone reference in Takir is the Provisional Commissioner based in Kuman Paladin.

Administrative Division:
Takir consists of 12 Ternary Authorities (Regions or Districts), 144 Quaternary Authorities (Provinces), one Archvicariate, three Vicariates and three Command Sites.
Ztakira officially refused to convert the names of its Ternary Divisions in accordance to version 3, and is also resistant to employ the name Ztakira, so that the unofficial name Takir is prevalently employed amongst natives.

“Open outwardly. Allow yourself to be penetrated. Find exits everywhere”

280298: From the ocean formed after the deluge, a robust and aggressive rock emerges, which then gradually moves upward allowing the emergence of an entire island. Its colour is dark. From the island a furious yell emanates. A divine being, armed with a sword shouts and his yell echoes everywhere. His eyes are ferocious and radiating. His sword slaughters and pours with blood. This blood flows into the ocean, which becomes red. He is Taepeh Kahe Sadoh, the merging of S12 and S1. It is the emerging force of S12, the identification with ecstasy, peace and love, with all the initiative required to implement them. “You connect with this spirit to evoke the force of unity, to retrieve all parts and merge them into one.” A red Siren appears. She is the guardian of the gift of S12. She says: “Each Sector is divided in 12 parts and so on the division proceeds until it includes all possible fragments. Move on brother with the work on the 144 binaries. 12.1 can remove all grievances and heal. To call this energy you can use a stone with the image of S12 and S1 combined. The head, torso and right arm of Taepeh Sadoh and the left arm, the belly and the legs of Kahe Pahe Sadoh. 12.1 is part of the gift of S12. You activate it with the vision described above. You don’t need anything else. It is a key of this gift, the first. With it you impose the vision and achieve clarity. It is a basic key for it releases Graha. You impose the warrior features of S12. The warrior is born from S12 and this is a hidden element. In S12 abides the strongest force, which is then apparently expressed in S1. By using 12.1 you allow the force to return to its original abode. Use this medicine whenever it is needed. Its power is immense.”

(200299): I reach the island of Quiumakai. I can rest here. Sirens take care of me. “Open outwardly. Allow yourself to be penetrated. Create exits, everywhere.” Seagul comes with a wand in its beak. The wand is the necessary fiction to move on. It is like swimming. In certain moments you need to move, while in other you can surrender to the waves. The wand is your provisional identification, what you need to live on earth. You let it go at times and then you take it again. The seal is the seagull with wand.