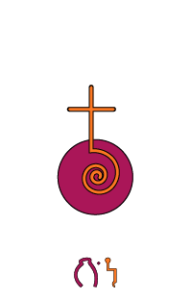 12.3 (Sun in Pisces and Moon in Gemini) puts together Mutable Water with Mutable Air, blending the Pisces emotional qualities with Gemini’s intellect, mental dexterity and flexibility. This binary includes two dual signs and represents a climax in polarization. These folks are highly adaptable, mutable, alternating extremely different types of attitude and behavior, which make them excellent shape-shifters. Their power abides in the capacity to blend the rapport between the imaginary, intuitive or non-ordinary and the intellect or mental realms.

Pisces and Gemini are in a square (90°) aspect. They are both mutablesigns, holding the core essence of the direction, season and element they represent, North and East, Winter and Spring, Water and Air respectively. They share the power to reach a climax and ground it, though their energy works at cross-purposes and this can cause significant friction. In ordinary terms these signs appear hard to integrate due to the tension they generate, and yet this same tension can provide the massive force needed for achieving most significant objectives. 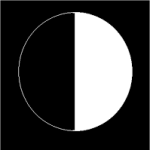 Julian Jaynes (12.3) Sun Pisces, Moon Gemini (February 27, 1920 – November 21, 1997) American psychologist,  neurologist, best known for his book The Origin of Consciousness in the Breakdown of the Bicameral Mind (1976), in which he claims that humans were once directly connected to auditory and visual messages emanating from higher authorities identified as gods. They did not have a private mind identified with an ego I and operated as the operative force of gods, with whom they were at one. This mentality, which Jaynes defines as the bicameral mind, was based on two sides: executive (god) and follower (human) or right and left brain. In this context the corpus callosum, which is the bridge between the two brain’s hemispheres, was the means that allowed the gods, abiding in one hemisphere, to give their orders to the other hemisphere. Using Homer’s Iliad as a model, Jaynes refers to those heroes continually receiving orders and advice from various deities, which he regards as an accurate description of how people really experienced the world in those times. The characters of The Iliad do not have the interior monologue typical of the current human configuration. Their decisions and acts develop in  non-ordinary reality and then are revealed in the ordinary reality by spirits, gods or visions. The same process applies to all major ancient literature texts. “The language of men was involved with only one hemisphere in order to leave the other free for the language of the gods.”

Lawrence Durrell (12.3) 27 February 1912 – 7 November 1990, British novelist, poet, travel writer, “There is no pain compared to that of loving a woman who makes her body accessible to one and yet who is incapable of delivering her true self — because she does not know where to find it.” “What are stars but points in the body of God where we insert the healing needles of our terror and longing?” “History is an endless repetition of the wrong way of living” “Life is like a cucumber. One minute it’s in your hand, the next it’s up you ass.”

Chögyam Trungpa Rinpoche, born 28 February 1939, Sun Pisces, Moon Gemini, Buddhist meditation master and holder of both the Kagyu and Nyingma lineages. Most unconventional and liberated teacher (died April 4, 1987). In order to develop love ~ universal love, cosmic love, whatever you would like to call it ~ one must accept the whole situation of life as it is, both the light and the dark, the good and the bad. One must open oneself to life, communicate with it.
The job of a teacher is to insult you, insult your ego Too often, people think that solving the world’s problems is based on conquering the earth, rather than touching the earth, touching ground.
Things get very clear when you’re cornered.
When we talk about compassion we talk in terms of being kind. But compassion is not so much being kind; it is being creative to wake a person up.