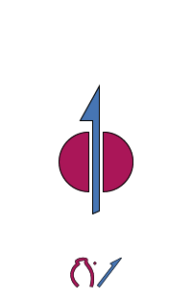 In the Astroshamanic Binary System, Sun in Pisces (12) and Moon in Sagittarius (9) constitute Binary 12.9, or Binary number 141.

12.9 (Sun in Pisces and Moon in Sagittarius) is a blend of mutable Water and mutable Fire mixing Pisces’s compassion, transcendence and inspiration with Sagittarius’s optimism, adventure spirit and expansive drive. Those aligned with this binary genuinely search for what lies beyond human separated reality, aiming at unveiling an unbiased truth and wisdom, which eventually confronts them with the wonder of the multidimensional realms. Sensitive, affectionate, exuberant, gentle, full of humour, at times naughty, yet in a benevolent way, they often appear not to be of this world.

Pisces and Sagittarius are in a square (90°) aspect. They are both mutable signs, holding the core essence of the direction, season and element they represent, North and West, Winter and Autumn, Water and Fire respectively. They share the power to reach a climax and ground it, though their energy works at cross-purposes and this can cause significant friction. In ordinary terms these signs appear hard to integrate due to the tension they generate, and yet this same tension can provide the massive force needed for achieving most significant objectives.

Luis Buñuel was born in Calanda (Spain) with Sun in Pisces, Moon in Sagittarius and Ascendant in Gemini. (born 22 February 1900, died 29 July 1983). His early films, featuring most surreal, controversial and non-HAC contents, provoked scandals and caused audiences to riot. In L’Age d’Or (1930), co-scripted by Salvador Dali, he depicts a couple having sex and being continually disturbed by the intrusions of official HAC representatives (police, priests, bureaucrats, etc.). One of my early Buñuel’s favourites was Simon of the Desert, which is about a 5th century ascetic standing on the top of a column in relentless prayer and being tempted by the devil in the form of a woman with a beard. His later movies were much more infamous and became the target of Church’s fury, although nowadays one can find Buñuel’s DVDs on sale even in official Catholic bookshops. The movie Viridiana, which contains a provocative parody of the Last Supper and other outrageous scenes, was a major HAC disruption and trick. Franco (Spain’s “dictator”) invited Buñuel to make a government-subsidized film. Buñuel submitted the script of Viridiana to the Spanish censors, but did not make any of the changes they requested and left his film as it was. The Spanish government sent it to the Cannes film festival without being previewed, and the movie won the Palme D’Or. This caused a major scandal, yet Buñuel managed to create the film he wanted and received acknowledgement for it. Other relevant movies were Belle de Jour, That Obscure Object of Desire, The Discreet Charm of the Bourgeoisie,The Phantom Of Liberty and The Milky Way. Buñuel was a master in disrupting HAC with all kinds of tricks and surreal nonsense aimed at allowing the absurdity of consensus reality to emerge in all its glory.
Fortunately, somewhere between chance and mystery lies imagination, the only thing that protects our freedom, despite the fact that people keep trying to reduce it or kill it off altogether.
Poor workers! First they’re cuckolded, and, as if that weren’t enough, then they’re beaten! Work’s a curse, Saturno. I say to hell with the work you have to do to earn a living! That kind of work does us no honour; all it does is fill up the bellies of the pigs who exploit us. But the work you do because you like to do it, because you’ve heard the call, you’ve got a vocation – that’s ennobling! We should all be able to work like that. Look at me, Saturno – I don’t work. And I don’t care if they hang me, I won’t work! Yet I’m alive! I may live badly, but at least I don’t have to work to do it!
All my life I’ve been harassed by questions: Why is something this way and not another? How do you account for that? This rage to understand, to fill in the blanks, only makes life more banal. If we could only find the courage to leave our destiny to chance, to accept the fundamental mystery of our lives, then we might be closer to the sort of happiness that comes with innocence.
You have to begin to lose your memory, if only in bits and pieces, to realize that memory is what makes our lives. Life without memory is no life at all, just as an intelligence without the possibility of expression is not really an intelligence. Our memory is our coherence, our reason, our feeling, even our action. Without it, we are nothing.
If someone were to prove to me right this minute that God, in all his luminousness, exists, it wouldn’t change a single aspect of my behaviour.
In the name of Hypocrites, doctors have invented the most exquisite form of torture ever known to man: survival.
God and Country are an unbeatable team; they break all records for oppression and bloodshed.
Thank God I’m an atheist.

Robert Byron (12.9) English travel writer, (Wembley, Middlesex, 26 February 1905 – off Cape Wrath, Scotland, 24 February 1941) best known for his travelogue The Road to Oxiana.
Pietro Citati, nato il 20 febbraio 1930, Sole in Pesci, Luna in Sagittario, scrittore e critico letterario italiano, “Chi vuole conoscere la luce della forma, deve attraversare l’ombra: sostare sull’orlo di un precipizio, o camminare tra due voragini, tra due follie egualmente tremende.”
Victor Hugo (12.9.8) French writer and poet (26 February 1802-1885).
Carlo Goldoni (12.9) Italian playwright and librettist (25 February 1707 – 6 February 1793) from the Republic of Venice. Reformer of the Commedia dell’arte.
Rolf Jacobsen, born 8 March 1907, Sun in Pisces, Moon in Sagittarius, Norwegian poet, Guardian Angel:
I am the bird that knocks at your window in the morning
and your companion, whom you cannot know,
the blossoms that light up for the blind.
I am the glacier’s crest above the forests, the dazzling one
and the brass voices from cathedral towers.
The thought that suddenly comes over you at midday
and fills you with a singular happiness.
I am one you have loved long ago.
I walk alongside you by day and look intently at you
and put my mouth on your heart
but you don’t know it.
I am your third arm and your second
shadow, the white one,
whom you don’t have the heart for
and who cannot ever forget you.

Ben Okri, born on 15 March 1955, Sun in Pisces, Moon in Sagittarius, Nigerian author.
We plan our lives according to a dream that came to us in our childhood, and we find that life alters our plans. And yet, at the end, from a rare height, we also see that our dream was our fate. It’s just that providence had other ideas as to how we would get there. Destiny plans a different route, or turns the dream around, as if it were a riddle, and fulfills the dream in ways we couldn’t have expected.

Nicolaus Copernicus (12.9.6) Sun in Pisces, Moon in Sagittarius, Ascendant in Virgo, born February 19, 1473 in Torun Royal Prussia, Renaissance astronomer and the first person to formulate a comprehensive heliocentric cosmology which displaced the Earth from the center of the universe.
Yuri Gagarin (12.9.11) Soviet cosmonaut and the first human in space  (Klushino, Russian SFSR, Soviet Union March 9, 1934 – 27 March 1968).
Albert Einstein, born on 14 March 1879, with Sun in Pisces, Moon in Sagittarius, Ascendant in Cancer, German-born physicist, Nobel Prize laureate (died 18 April 1955). A human being is a part of the whole, called by us ‘Universe’, a part limited in time and space. He experiences himself, his thoughts and feelings as something separate from the rest — a kind of optical delusion of his consciousness. The striving to free oneself from this delusion is the one issue of true religion. Not to nourish the delusion but to try to overcome it is the way to reach the attainable measure of peace of mind In moments of crisis imagination is more important than knowledge.Reality is merely an illusion, albeit a very persistent one.