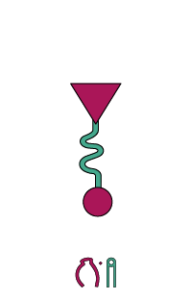 In the Astroshamanic Binary System, Sun in Pisces (12) and Moon in Scorpio (8) constitute Binary 12.8, or Binary number 140.

12.8 (Sun in Pisces and Moon in Scorpio) merges mutable Water with fixed Water, amalgamating Pisces’s sensitivity, empathy and imagination with Scorpio’s intensity, determination and deep emotions. Those who resonate with this combination are predominantly aligned with the fourth dimensional and emotional realm, endowed with the spontaneous capacity of travelling through time, though they may not be necessarily aware. They tend to exist at different levels, shape-shifting into various roles according to circumstances, yet also with the ability of being persistent and focused in their objectives.

Pisces and Scorpio are in a trine aspect (120°), which produces an easy, balanced and mutually supporting link between the signs involved. This can bring major benefits when there is clarity of intent and focus. If this is not the case the benefits will develop unconsciously and gained by whoever holds a clear intention.

Three days after exact Full Moon, when the waning Moon is from about 135° to 90° from the Sun, we are in the Disseminating Moon or Waning Gibbous Moon phase. There is both a giving and an asking of energy. What I have put in motion, needs to be concluded with integrity and commitment, in order to receive its gifts. When we do not complete creative cycles we tend to separate ourself from the flow of life and feel confused or depressed. When the Sun and Moon move into a trine aspect (120°), if we have thoroughly played our part, the cycle is ripe to provide blessings and rewards. This phase support sharing resources and gifts regarding what was generated with the Full Moon. It is a process enhanced by dynamic communication, enthusiastic connections and spontaneous easy flow of energy, which are potentially available during binary 12.8. Following this final burst of creative expression as the Sun and Moon move towards a square (90°), a deep transformation develops. This requires the alignment of the Intent with the Function, one’s purpose with that of the whole.

Astroshamanic Seal: this seal emphasises letting go of Graha, as the primary action to take in all circumstances, especially those related to dreams, imagination, inner world. It is about allowing useless and grieving dreams to dies, as well as confusion, regret, guilt illusions.

Meher Baba, born on 25 February 1894, Sun in Pisces, Moon in Scorpio, Ascendant in Aquarius (died January 31, 1969), Indian mystic and spiritual master who declared publicly in 1954 that he was the Avatar of the age. From 1925 to the end of his life, Meher Baba maintained silence, communicating by means of an alphabet board or by unique hand gestures. Don’t worry, be happy. Do not search for God outside of you. God can only be found within you, for His only abode is the heart. There are no divisions as such, but there is an appearance of separateness because of ignorance. This means that everything is of ignorance and that every one is Ignorance personified.

Dan Millman (12.8.9) born February 22, 1946, American author and lecturer in the personal development field and “human potential movement”. Author of 17 books published in 29 languages. In 2006, his first book, Way of the Peaceful Warrior, was adapted to a film, Peaceful Warrior.