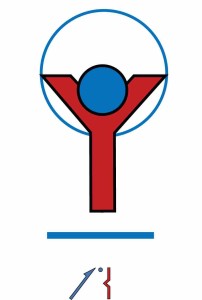 In the Astroshamanic Binary System, Sun in Sagittarius (9) and Moon in Aries (1) constitute Binary 9.1, or Binary number 97.

9.1 is a blazing blend of mutable fire and cardinal fire, integrating Sagittarius’s adventure, expansion, freedom and thirst for truth with Aries’s courage, self-assertion and straight-forwardness. Those who resonate with this combination are champions in the realm of adventurous and pioneering enterprises. Bold, self-confident, direct, versatile, combative and enthusiastic, they emerge on the stage of life and spontaneously pave the way for others. Their desire to act, expand human horizons, move beyond outworn configuration brings a profound restlessness, divine impatience and tendency to precipitate events. They are natural leaders, inspiring others through their brave and risk-taking initiatives, which lead to immediate results when they are in charge.

Sagittarius and Aries are in a trine aspect (120°), which promotes an easy, balanced and mutually supporting link between the signs involved. This can bring major benefits when there is clarity of intent and focus. If this is not the case the benefits will develop unconsciously and gained by whoever holds a clear intention.

This is a 9.1 First Quarter Moon occurring when the Moon in Pisces, after being in a square (90°) with the Sun in Sagittarius, moves in Aries in a trine (120°) with the Sun. The First Quarter encompasses the time when the Moon is from 90° to 134° ahead  of the Sun in Sagittarius. It begins with a square, while in its last third it develops as a trine.

Astroshamanic Seal: a “Y” shape with a smaller and outer circle.

Mark Twain, (9.1.8) American writer (30 November 1835-d. 1910) with Sun in Sagittarius, Moon in Aries and Ascendant in Scorpio, Samuel Langhorne Clemens, better known as Mark Twain, was probably the most popular American celebrity of his time and a major HAC juggler. In addition to Mark Twain, Clemens also used the pseudonym “Sieur Louis de Conte” or no name at all, leaving a veil of mystery regarding the paternity of some of his works. He is the author of the The Adventures of Tom Sawyer, The Prince and the Pauper, A Connecticut Yankee in King Arthur’s Court and the non-fictional Life on the Mississippi. Many of his works were rather controversal and didn’t make it through HAC, being suppressed or delayed for various reasons. One of these was the transcript of a talk at the Stomach Club in Paris entitled Some Thoughts on the Science of Onanism (masturbation), which concluded with the thought “If you must gamble your lives sexually, don’t play a lone hand too much.” The level of HAC and non-HAC interference in his life was such that his obituary was published erroneously in the New York Journal, to which Twain famously responded: “The reports of my death are greatly exaggerated”.
Many a small thing has been made large by the right kind of advertising.
The only reason why God created man is because he was disappointed with the monkey.
Drawing on my fine command of language, I said nothing.
It is better to keep your mouth shut and appear stupid than to open it and remove all doubt.
All you need in this life is ignorance and confidence; then success is sure.
Every generalization is dangerous, especially this one.
Sometimes I wonder whether the world is being run by smart people who are putting us on, or by imbeciles who really mean it.

Robert Charles Wilson (9.1) (December 15, 1953) Canadian science fiction author. Wilson was born in the United States in California, but grew up near Toronto, Ontario. “We’re all born strangers to ourselves and each other, and we’re seldom formally introduced.” “What a person runs from and what a person runs to aren’t always as different as we hope.” “We contrast the urban and the natural, but that’s a contemporary myth. We’re animals, after all; our cities are organic products, fully as “natural” (whatever that word really means) as a termite hill or a rabbit warren. But how much more interesting: how much more complex, dressed in the intricacies and exfoliations of human culture, simple patterns iterated into infinite variation. And full of secrets, beyond counting.” “I want a better Bible, Adam. I want a Bible in which the Fruit of Knowledge contains the Seeds of Wisdom, and makes life more pleasurable for mankind, not worse. I want a Bible in which Isaac leaps up from the sacrificial stone and chokes the life out of Abraham, to punish him for the abject and bloody sin of Obedience. I want a Bible in which Lazarus is dead and stubborn about it, rather than standing to attention at the beck and call of every passing Messiah.” “There are so many kinds of time. The time by which we measure our lives. Months and years. Or the big time, the time that raises mountains and makes stars. Or all the things that happen between one heartbeat and the next. Its hard to live in all those kinds of times. Easy to forget that you live in all of them.” “I won’t put my ignorance on an altar and call it God. It feels like idolatry, like the worst kind of idolatry.”

Handorian Reference: State of Vanjuli,
Nation of Isankarn
This nations is located in south-east Vanjuli and is most celebrated for its nomadic enthusiastic and cheerful warrior spirit, so that it is also known as the Nation of the Laughing Knights. Isankarn is significant also for hosting the Merry Path of Release, stretching through all the 12 trinities of the nation. The national hymn is titled “What is there to release now?”, which is the refrain of most hymns as well as ordinary communication in Isankarn. It is an ideal place for working on  release issues, including learning to let go, and luminously say farewell.

The capital is Valedictorian (9-1-1), known for its ancient Multiversity and the huge monument of The Valedictorian.