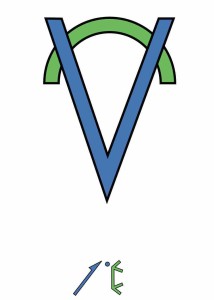 In the Astroshamanic Binary System, Sun in Sagittarius (9) and Moon in Libra (7) constitute Binary 9.7, or Binary number 103.

9.7 (Sun in Sagittarius and Moon in Libra) mixes mutable fire with cardinal Air, integrating Sagittarius’s optimism, directness, enthusiasm, adventure and buoyancy with Libra’s sense of balance, friendliness, and charm. This combination excels in mediation and conflict resolution between HAC and non-HAC. Tolerant, diplomatic and intelligent, they are champions in establishing balance in the web of life, yet this may not be the case in ordinary HAC reality where their behaviour far from diplomatic can appear rather outrageous, shocking and unpredictable. Again, this is a Sector 9 binary, which involves bringing the Sector 8 compost into the light, yet possibly in an artistic way.

Sun in Sagittarius and Moon in Libra are in a sextile (60°) aspect, which involves two complementary signs, sharing the same polarity, yet not the same element. The binary can work harmoniously and provide beneficial opportunities as long as there is awareness and clarity of intention.

When the waning Moon is in Libra at 60° from the Sun in Sagittarius, the phase of Balsamic Moon, or Waning Crescent Moon, starts. It is a crucial receptive phase, a time of healing and rest, yet also of intense preparation and completion. Here you prepare for a new cycle, the next New Moon, and let go of the residues of the old. What is mainly needed in this phase is a work of release and forgiveness. It is easy at this stage to feel restless, excited or willing to change everything and start doing something totally new and unpredictable Yet, until you learn to release the grievances recycled from the past, you will never truly create anything new. The question here is: “What do I release? What do I take in the next cycle?”

“Let me not mar that perfect dream 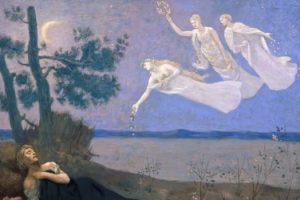 By an auroral stain,
But so adjust my daily night
That it will come again.”

Henri de Toulouse-Lautrec: (9.7.8) born on 24 November 1864 with with Sun in Sagittarius, Moon in Libra and Ascendant in Scorpio he had a body trunk of normal size with abnormally short legs. He devoted his life to art, becoming a most prominent art nouveau illustrator post-impressionist painter. Many of his works portray life at the Moulin Rouge and in the brothels that he frequented regularly. He died due to the complications of alcoholism and syphilis at the age of 37. His last words were “Old fool” in reference to his father who was there when he died. Toulouse-Lautrec is regarded as a genius with penetrating capacity of observation and a deep sympathy for mankind. He lived life to the fullest, had many friends and was always respected despite his short stature.

Ki Longfellow (9.7) born December 9, 1944  is an American novelist, playwright, theatrical producer, theater director and entrepreneur. In Britain, as the widow of Vivian Stanshall, she is well known as the guardian of his artistic heritage, but elsewhere she is best known for her own work, especially the novel The Secret Magdalene (Eio Books, 2005; Three Rivers Press, 2007), which deals with gnosis (the direct experience of the divine), told through the Biblical story of Mary Magdalene. The second of her novels to deal with gnosis, although from a very different point of view, is Flow Down Like Silver, Hypatia of Alexandria. Longfellow is also the author of China Blues, Chasing Women and the very recently published Houdini Heart.

Patrick O’Brian, (9.7) CBE (12 December 1914 – 2 January 2000) English novelist and translator, best known for his Aubrey–Maturin series of novels set in the Royal Navy during the Napoleonic Wars and centred on the friendship of English Naval Captain Jack Aubrey and the Irish–Catalan physician Stephen Maturin. The 20-novel series is known for its well-researched and highly detailed portrayal of early 19th century life, as well as its authentic and evocative language. A partially-finished twenty-first novel in the series was published posthumously containing facing pages of handwriting and typescript. A group of sailors belonging to a Sethian religious group in early nineteenth century Britain appears as characters in several of the Aubrey-Maturin series of novels by Patrick O’Brian.

Valery Yakovlevich Bryusov (9.7) (December 13 [O.S. December 1] 1873 – October 9, 1924) was a Russian poet, prose writer, dramatist, translator, critic and historian. He was one of the principal members of the Russian Symbolist movement. Author of The Fiery Angel 1908 (on which Sergei Prokofiev’s opera The Fiery Angel is based), set in the sixteenth century, features a visit paid to Agrippa by the protagonist Ruprecht who is seeking advice on the occult. In novel and opera, Agrippa is presented as being in a dangerous position with the religious authorities: he emphatically denies to Ruprecht that his research is supernatural, stating instead that it is the study of nature itself.

Walt Disney, (9.7.6; Uranus Power) American animated film producer (5 December 1901-d. 1966) with Sun in Sagittarius, Moon in Libra, Ascendant in Virgo, Uranus conjunct Sun. Disney stands as a most grounded example of Sagittarius optimism, self-made success and expansion, holding a record of awards and acknowledgments. He also produced the first world’s synchronized sound cartoon, Mickey Mouse, who popped out of his mind at a time when his business fortunes were at lowest ebb and disaster seemed right around the corner. Disney is mainly relevant for his capacity to generate one of the most outstanding alternative and approved arbitrary configuration within our separated reality. Out of his multidimensional connections he manifested an entire universe of characters and realms, also reflected in third-dimensional locations such as Disneyland Park, Walt Disney World and Disneyland Paris.

Sinéad O’Connor, (9.7) Irish musician 8 December 1966, Sun in Sagittarius and Moon in Libra, although it could also be in Scorpio since her time of birth is unknown. For sure in Scorpio she has Mercury conjunct Neptune, promoting the capacity to candidly channel through music and communication major composting elements. O’Connor was the protagonist of a series of incidences, which made her extremely unpopular. She refused to perform in the US if the American national anthem was played, she replaced the original text of songs with controversial words during live shows, she publicly tore off a picture of the Pope, etc. Later in an interview she asked the Pope to forgive her, claiming  “I was in rebellion against the faith, but I was still within the faith”, which reads as the Provisional Order statement “I rebel against HAC, for I am part of HAC, whom I serve”. On that occasion she also quoted St. Augustine with “Anger is the first step towards courage.” In 2003 she announced that she was going to leave the music business and train to be a catechist in the Catholic church.