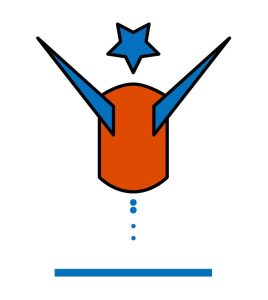 Ideologies separate us. Dreams and anguish bring us together. (Eugène Ionesco, Sun/Ascendant in Sagittarius, Moon in Taurus)

In the Astroshamanic Binary System, Sun in Sagittarius (9) and Moon in Taurus (2) constitute Binary 9.2, or Binary number 98.

The combination Sagittarius/Taurus, mutable fire and fixed earth, blends enthusiasm, expansion, desire to explore and longing for truth with sensuality, stability and pragmatism. Sagittarius and Taurus are in quincunx aspect, which tends to cause slides into parallel universes affecting what happens in your everyday reality.

This produces most loyal, passionate and devoted beings, inspired both by high ideals and the natural beauty of earthy life. They are practical and capable in their work activities, yet unconcerned about ordinary survival issues, operating with spontaneous trust and confidence, nourished by a grounded sense of hope, which tends to pay off and produce tangible results.

Sagittarius and Taurus are in quincunx aspect, an angle of 150°, which is five-twelfths of the 360°. This aspect tends to cause slides into parallel universes affecting what happens in your everyday reality. The influence can be moderate, yet in some circumstances rather abrupt. Depending on the multidimensional conscious openness of the elements involved it can be experienced in harmonious or disharmonious ways.

During this binary the Moon is still Gibbous Moon, though it is gradually approaching the Full Moon. If the first days of the Gibbous Moon have provided harmony, ease and effective work, this is a time of anticipation for the upcoming challenges of the Full Moon. You may start to identify some areas drawing attention and requiring action. This could be either the best time to undertake action, with the desired outcome climaxing with the Full Moon, or to acquire the necessary resources so as to act on the Full Moon itself. Binary 8.1 Martian features build up here reaching culmination and release.

Astroshamanic Seal: a bull’s head and a star, and a cluster of stars (Pleiades).

“Give form to your vision. Disregard the fact that it appears to entail efforts. Express what you have inside and communicate it everywhere.”

Eugène Ionesco, Romanian-born French playwright (26 November 1909-d. 1994) double Sagittarius (Sun and Ascendant in Sagittarius) and Moon in Taurus, the chief exponent of the Theatre of the Absurd, a movement aimed at exposing the pointlessness of consensus reality with all the related human separation and estrangement. Despite the apparent seriousness, nihilism and pessimism of this approach, Ionesco’s works abound with humour and vitality. “All my plays” he says “have their origin in two fundamental states of consciousness: now the one, now the other is predominant, and sometimes they are combined. These basic states of consciousness are an awareness of evanescence and of solidity, of emptiness and too much presence, of the unreal transparency of the world and its opacity, of light and of thick darkness.” La Cantatrice chauve (The Bald Soprano), his first play, consists mainly of meaningless conversations between two couples that eventually deteriorate into babbling. The work was inspired by the repetitive and nonsensical phrases of Ionesco’s textbook while attempting to learn English.

“I am not quite sure whether I am dreaming or remembering, whether I have lived my life or dreamed it. Just as dreams do, memory makes me profoundly aware of the unreality, the evanescence of the world, a fleeting image in the moving water.”

“Ideologies separate us. Dreams and anguish bring us together.”

“No society has been able to abolish human sadness, no political system can deliver us from the pain of living, from our fear of death, our thirst for the absolute. It is the human condition that directs the social condition, not vice versa.”

“There is nothing truer than myth: history, in its attempt to “realize” myth, distorts it, stops halfway; when history claims to have “succeeded,” this is nothing but humbug and mystification. Everything we dream is “realizable.” Reality does not have to be: it is simply what it is.”

Oscar Niemeyer, Brazilian architect who is considered to be one of the key figures in the development of modern architecture.

Jean-Luc Godard, 9.2.7 (3 December 1930) French filmmaker and one of the most influential members of the Nouvelle Vague, or “French New Wave”.

The following vision and the related glyph apply to the binary 9.2 (Sagittarius/Taurus) and was received on 3 December 1998, when the Sun was in Sagittarius and the Moon ion Taurus.

The visions received before 2000 have special value for the present millenium.

In the Lower World, the village of Quiumakai, the tribe is camping in an ample space. The place has acquired a certain familiarity and there are a series of references: trees, bushes, a small lake, rocks. I go towards the rocks and feel a sense of security. I feel some pain in the left side of the belly and allow the Guide, Pahai Sadoh, to work on it. Upon drinking the potion a bird descends and gives me a twig. I take it and notice that there is a piece of paper. I open it and see the image of a bull’s head followed by some stars. This image appears on the glyph. I realise they are the Pleiades.

I see the luminous and smiling faces of the Sadoha based in Urplei. I also see the fracture with that realm. Now this space is talking to you. Its voice comes to you. I ask for guidance regarding what to do.

Give form to your vision. Disregard the fact that this appears to entail an effort. Express what you have inside and communicate it everywhere.