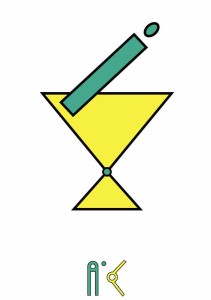 In the Astroshamanic Binary System, Sun in Scorpio (8) and Moon in Leo (5) constitute Binary 8.5, or Binary number 89.

8.5 blends Scorpio’s intensity, magnetism, passion with Leo’s vitality, generosity and leadership, generating a most penetrating synergy of power. These folks have a tremendous focus and an unbending spontaneous determination that allow them to hold a significant influence in their environment. Their confidence, courage, pride and authority are adamant, as well as the passion with which they pursue their Intent. They may at times appear excessive in this regard, unable to accept signs of weakness from others or with strong expectations towards those who are close to them, including themselves.

This is a magnetic, persistent, ambitious and dominant binary with ample potential and desire to succeed in whatever they set their Intent on, as Schiller (8.5.8) says “Of all the possessions of this life fame is the noblest; when the body has sunk into the dust the great name still lives.”

Scorpio and Leo are in a square (90°) aspect. They are both fixed signs, holding a direction and seasonal gateway, West and South, Autumn and Summer respectively. They share the power to ground and bring to a climax the energies they represent, though they may work at cross-purposes and this can cause some significant friction. In ordinary terms these signs appear hard to integrate due to the tension they generate, and yet this same tension can provide the massive force needed for achieving most significant objectives.

The Last Quarter or Waning Halfmoon lasts two days and occurs when the Sun and Moon are in square (90°). It is an active phase, a time to face commitments with others and take direct responsibility for your Intent. Grievances and blocks come easily to the surface and need ideally to be dealt with in accordance with what was established during New Moon. If this responsibility is avoided, postponed or diverted the collective lunar cycle itself is going to find its way to compensate the process. This development can easily bring frustration, pain, confusion and disconnection from the original Intent. Now it is the time to release anything that you perceive has caused grievances, emptying yourself fully, while allowing All That Is to hold you. At this stage, you can both complete the cycle by manifesting the final goal and let go of any block and grievance you have accumulated on the way, including your attachment to the final result. The question here is: “How do I complete and release?” This Moon is related to the Autumn Equinox.

Darkness, grievances and all painful emotions are the realm of the unknown. They are not horrible issues to hide or something wrong that needs to be fixed. When darkness comes into our life, this is a major opportunity to move beyond our separated self and embrace the mystery of who we truly are. (Franco Santoro)

Astroshamanic Seal: This seal is about using darkness to nourish light. “This involves using whatever to nourish the creativity of light. The secret of the Sacred Cone is to allow the light of darkness to nourish the most sacred intent. Use whatever, any situation to support the great dream of the intention. Do it!” The seal represents a sort of chalice with a straw in it. It is a magic luminous stick used to create what you wish. The straw is immersed in a chalice full of liquid of darkness.  The straw is in the liquid, the straw is charged of energy. “The binary is the power to put the straw, nourishing the power to create. Then you lift the straw and create. This is your task.”

Neil Gaiman, (8.5.3; Uranus Root) English writer 10 November 1960. an English author of short fiction, novels, comic books, graphic novels, audio theatre and films. His notable works include the comic book series The Sandman and novels Stardust, American Gods, Coraline, and The Graveyard Book. The universe detailed in Neil Gaiman’s Sandman series is broadly gnostic in cosmological structure, detailing the existences of seven archetypal figures that, at various times, control human action (their designated areas of power are reflected in their titles): Destiny, Death, Dream, Destruction, Desire, Despair, Delirium (who, at an unknown time in the past, was called Delight). These figures are likened to gods yet, being representative of human abstracts, ones that are not worshipped nor which are subject to the ebb and flow of belief; indeed, gods and goddesses from a wide variety of pantheons are acknowledged as their inferiors and, in some senses, subordinates. However, at the same time it is implied that the seven figures are intermediaries, acting on the behalf and at the behest of another, superior agency; though the exact identity of the figure that presides over them is ultimately unknown, it is implied that it is a primal creative force or God.
“Life is a disease: sexually transmitted, and invariably fatal.”

“Things need not have happened to be true. Tales and dreams are the shadow-truths that will endure when mere facts are dust and ashes, and forgot.”

“Have you ever been in love? Horrible isn’t it? It makes you so vulnerable. It opens your chest and it opens up your heart and it means that someone can get inside you and mess you up.”

“Everybody has a secret world inside of them. All of the people of the world, I mean everybody. No matter how dull and boring they are on the outside, inside them they’ve all got unimaginable, magnificent, wonderful, stupid, amazing worlds. Not just one world. Hundreds of them. Thousands maybe.”

Kurt Vonnegut, Jr. (8.5.9) November 11, 1922 – April 11, 2007) American writer  known for Cat’s Cradle (1963), Slaughterhouse-Five (1969), and Breakfast of Champions (1973), blending satire, gallows humour, and science fiction. Honorary president of the American Humanist Association.
Our awareness is all that is alive and maybe sacred in any of us. Everything else about us is dead machinery.
All moments, past, present and future, always have existed, always will exist. The Tralfamadorians can look at all the different moments just that way we can look at a stretch of the Rocky Mountains, for instance. They can see how permanent all the moments are, and they can look at any moment that interests them.

Constant Chevillon (8.5) (born October 26, 1880 in Annoire (Jura); died March 23, 1944 in Lyon) Grand Master of the Freemasonry Rite of Memphis-Misraïm and head of FUDOFSI and other occult societies. He was enthroned as Patriarch of the Eglise Gnostique Universelle after Jean Bricaud, and succeeded by one of his students, René Chambellant, who maintained the compendium of esoteric societies in cooperation with the Gnostic church. At an early age, his prodigious memory and learning genius made their debut. At the age of twelve, he entered the College of Montciel, moving then to higher branches of learning. During World War II, on March 23, 1944, in Lyon he was shot and killed by the Gestapo in a brutal hostage murder.

Findhorn Foundation: 17 November 1962 (8.5) Eileen and Peter Caddy move to Caravan Park. This marks the official beginning of the Findhorn Foundation and community.
The Findhorn Foundation is a spiritual community, ecovillage and an international centre for holistic learning, helping to unfold a new human consciousness and create a positive and sustainable future.
The Findhorn Community was begun in 1962 by Peter and Eileen Caddy and Dorothy Maclean. All three had followed disciplined spiritual paths for many years. They first came to northeast Scotland in 1957 to manage the Cluny Hill Hotel in the town of Forres, which they did remarkably successfully. Eileen received guidance in her meditations from an inner divine source she called ‘the still small voice within’ and Peter ran the hotel according to this guidance and his own intuition. In this unorthodox way – and with many delightful and unlikely incidents – Cluny Hill swiftly became a thriving and successful four-star hotel. After several years however, Peter and Eileen’s employment was terminated, and with nowhere to go and little money, they moved with their three young sons and Dorothy to a caravan in the nearby seaside village of Findhorn.

Guidance:
Binary Programme 1 – Pahekarubhe 1: 8.5 – 111198
I summon Marghu in the circle and ask support to manifest the Intention. I see a potent light beyond the exit of the cave. It is a luminous Sun with bright colours. It calls me, saying “Come and see the light here!” I go and when I arrive I see a wonderful landscape full of activity and joy. “Are you available to employ darkness to nourish light?” asks the Sun. I say yes, and I ask how to do it. “This involves using whatever to nourish the creativity of light. The secret of the Sacred Cone is to allow the light of darkness to nourish the most sacred intent. Use whatever, any situation to support the great dream of the intention. Do it!” I drink a golden potion and I see a sort of chalice with a straw in it. It is a magic luminous stick used to create what you wish. The straw is immerged in a chalice full of liquid of darkness.  The straw is in the liquid, the straw is charged of energy. The binary is the power to put the straw, nourishing the power to create. Then you lift the straw and create. This is your task.