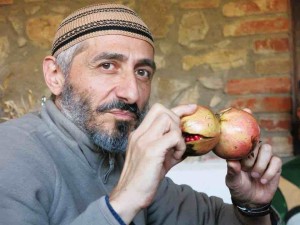 One of the great shadows of most alternative spiritualities in this age is the mystical cult of the ego individuality, hiding behind a lavish non-dualistic and bogus “all is one” facade.

The best trick the ego separated identity uses to deceive others as well as itself is the denial of its existence.

Many contemporary seekers are obsessed with the idea of “non-duality”, letting go of the ego, seeing others as part of oneself, releasing ordinary relationships so as to abide in the real awareness of one’s unified self.

Yet this non-dualistic urge, unrelated with the respectful integrity of the original teachings on non-duality, is often the result of our predatory ego devouring whatever an whoever it encounters.

Here the shadow of non-duality becomes the denial of duality itself, a deceiving focus since dualism and the ego end up being further emphasized through their repudiation.

Rather than denying duality, separation and the ego, we can embrace them as part of the path towards wholeness, unity and God.

As long as we live in this physical word duality is real. It may be an illusion, as the whole world we are in, yet the fact that we are here proves that this illusion is our reality. And this reality is dualistic. It is not the ultimate reality, where “All is One” may be definitely the case, yet this ultimate reality only comes when we have fully experienced and understood duality.

In our relationships we need to acknowledge and honour ourself and others first as independent beings, instead of unified emotional and mental constructs of ourself or as part of romantic wholeness.

There is no true relationship unless we are aware of who is relating and with whom. As we learn to do so with our fellow human beings, we can do the same with God.

Only then we may experientially become aware that All is One. Yet this is a most intimate and profound experience, which does not need ostentation, for its grandiosity derives from sheer humility and simplicity.