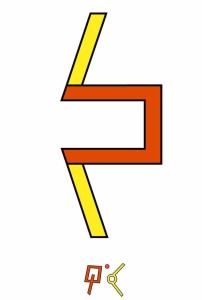 In the Astroshamanic Binary System Sun in Taurus (2) and Moon in Leo (5) constitute Binary 2.5 or Binary number 17.

Deep, intense, regal, dominant and proud, this combination bestows a strong focus and a confident, self-reliant nature, gifted with patience and endurance. Taurus and Leo are in square aspect, and although their energies are very different, they both possess enormous strength and determination. This can support luminous developments, if we are ready to accept the challenges in our life. Often, stressful and difficult situations, far from being destructive, come to stimulate and boost our capacity to take initiatives and manifest what we truly wish in life. It is the First Quarter stage, an active phase, when we can choose to act, do what feels right, letting go of victim roles and our attachment to theories. This brings opportunities to be pragmatic protagonists and wise monarchs of our creative life.

“We are a moderate, pragmatic people, more comfortable with practice than theory.”

Taurus and Leo are in a square (90°) aspect. They are both fixed signs, holding the core essence of the direction, season and element they represent, East and South, Spring and Summer, Earth and Fire respectively. They share the power to reach a climax and ground it, though their energy works at cross-purposes and this can cause significant friction. In ordinary terms these signs appear hard to integrate due to the tension they generate, and yet this same tension can provide the massive force needed for achieving most significant objectives.

It is a question of getting down to work, using the physical body in accordance with your Intent, stirring the energy, not of thinking or visioning. The question is: “What do I do right now to set in motion my Intent?” The key here is not indulging on the answer, and simply do it.

Astroshamanic Seal: though this is not so overt the seal represents two fists firmly holding and then generously dispensing concentrated energy. The energy is assembled and then released once the thumb and the index fingers stretch, giving form to the open square in the centre. As a result the energy flows vertically slightly diagonally. The seal facilitates the focused radiation of excessive energies, supporting strenuous manifestation of intentions.

Mikhail Bulgakov (Russian writer) “Everything passes away-suffering, pain, blood, hunger, pestilence. The sword will pass away too, but the stars will remain when the shadows of our presence and our deeds have vanished from the Earth. There is no man who does not know that. Why, then, will we not turn our eyes toward the stars? Why?” “What would your good be doing if there were no evil, and what would the earth look like if shadows disappeared from it? After all, shadows are cast by objects and people. There is the shadow of my sword. But there are also shadows of trees and living creatures. Would you like to denude the earth of all the trees and all the living beings in order to satisfy your fantasy of rejoicing in the naked light?”

Patrick Bruel (French singer, 2.5.3)
Barbra Streisand (singer, actress, 2.5.1)
Anggun (singer)
James Brown (singer, songwriter)
Brian Eno: (2.5.1) born on 15 May 1948 in Woodbridge, Suffolk, with Sun in Taurus, Moon in Leo and Ascendant in Aries, Eno is a major pioneer in electronic and ambient music. He co-founded the band Roxy Music, and then embarked on a solo career. He describes himself as a “non-musician” and coined the term “treatments” to describe his modification of the sound of musical instruments. He is the author of the start-up sound for the Windows 95 operating system.
Umberto Bindi (2.5.6, 12 May 1932 – 23 May 2002) Italian singer-songwriter, known for the song he co-wrote with Gino Paoli, Il Mio Mondo.
Bing Crosby (singer, actor, 2.5.7)
Nick Heyward (singer, guitarist, 2.5.4)
Rita Coolidge (American singer, 2.5.10)
Thelma Houston (singer, songwriter, 2.5.5)
Marc-Antoine (singer)
Irina Kulikova (Russian classic guitarist)
Zubin Mehta (Indian conductor, 2.5.12)

2-5 STATE OF BRENTO,
NATION OF BRENDOR
This nation lies in the central-west area of the State of Brento, bordering the State of Frams. It is the historical bastion of the Brentan people and, as such, has received particular attention, which is reflected in its majestic buildings and stately parks. The capital is Brendor, in the trinity of Brene (2.5.5), a most ancient city surrounded by golden walls and gateways, which is the seat of the Archivicary of Brendor. Berenice, Bantaur, Odalisque, Ouxe, Brendor Castle and Brendor Elisebette are the vicarial cities of the nation. The nation is particularly known for its multi-berries used for the production of ecstatic elixirs and potions, mainly cultivated in the southern Plaine de Borgonne.