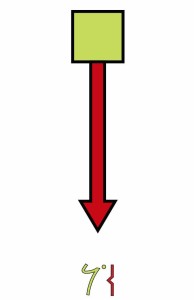 A resonance with this binary provides good concentration and focus, the capacity to quickly respond to analytical impulses and operating accordingly with great courage.

Virgo and Aries are in quincunx aspect, an angle of 150°, which is five-twelfths of the 360°. This aspect tend to cause slides into parallel universes affecting what happens in everyday reality.

This is the phase following the opposition between the Sun and the Moon, which still holds the Full Moon energy also when the two luminariea form a quincunx (150°) when the Sun is in Virgo and the Moon in Aries. This is the final stage of the Full Moon leading to the next phase, the Disseminating Moon. The Full Moon is an active and highly charged moment. It represents the apex of the lunar cycle. Its function is to bring balance. The aim of the final part of the Full Moon as it moves in Aries, is to allow this balance to take place by ouvert and courageous release of pent-up emotions, especially in relation with the traditional issues of Aries, such as anger, disputes, impatience, selfishness. It is essential at this stage to be aware that what is released is collective, ancestral energy, which can only be liberated if you let go of any personal identification.

Astroshamanic Seal: an arrow pointing downward with a square at its top. The seal stresses initiative, clarity and sense of direction aimed at achieving tangible results and immediate primary satisfaction through some resolute and courageous actions.

Jorge Luis Borges, 6.1.4 (August 24, 1899 – June 14, 1986) Argentine writer.”The Secret Miracle”, “The Aleph”, “Tlön, Uqbar, Orbis Tertius”, “The Two Kings and the Two Labyrinths”, “The House of Asterion”, The Immortal, “The Garden of Forking Paths”, “The Library of Babel”), “You have wakened not out of sleep, but into a prior dream, and that dream lies within another, and so on, to infinity, which is the number of grains of sand. The path that you are to take is endless, and you will die before you have truly awakened.” “I am not sure that I exist, actually. I am all the writers that I have read, all the people that I have met, all the women that I have loved; all the cities I have visited.” “Time is the substance I am made of. Time is a river which sweeps me along, but I am the river; it is a tiger which destroys me, but I am the tiger; it is a fire which consumes me, but I am the fire.” “Whatever one man does, it is as if all men did it. For that reason, it is not unfair that one disobedience in a garden should contaminate all humanity; for that reason it is not unjust that the crucifixion of a single Jew should be sufficient to save it.” “Who is dreaming of whom? I know I am dreaming of you but I don’t know whether you are dreaming me. […] “But don’t you see that the important thing is to discover whether there is only one dreamer or two?”

Roald Dahl, 6.1 (13 September 1916 – 23 November 1990) British novelist, short story author and screenwriter of Norwegian parentage, famous as a writer for both children and adults. Charlie and the Chocolate Factory, James and the Giant Peach, Matilda, The Witches.

Stanisław Lem, 6.1 (12 September 1921) Polish writer of science fiction, philosophy. Man has gone out to explore other worlds and other civilizations without having explored his own labyrinth of dark passages and secret chambers, and without finding what lies behind doorways that he himself has sealed.

Hildegard of Bingen, 6.1.3 (17 August 1098, Julian calendar – 17 September 1179), also known as Blessed Hildegard and Saint Hildegard, German magistra and later, abbess. “Like billowing clouds, Like the incessant gurgle of the brook, The longing of the spirit can never be stilled.”

This nation is located in the north-west area of the State of Frams, bordering the Domain of Gober in the West and the State of Quald in the South. It is a class C Handorian State Frontier, whose capital is Faun, and main centre is Fortran, which is the place where the Master Key of the Franandarg, the Handorian States Archives, was forged. The Trinities of Supriya, Salaka and Skorpion are some of the main mining centres for Sacred Cone Gems and the extraction of vital multidimensional supplies. Most of the territory is covered with forests, especially in the West, North and South.

Falcon borders a considerable part of Urkuram. Urkuram is an area where previously three and currently four nations – Sardamt (6.7), Sanbenuem (6.12), Falcon (6.1) and later Frangas (6.6) – converge. Urkuram was a remote frontier land encompassing a trinity of nations. It was a zone of oblivion, an ultimate edge, which none of the three nations was willing to own as part of its territory. This was due to the fact that Urkuram seemed to be the abode of a most ferocious fiend. It was a horrible creature which caused huge sufferance, illness and terror to the villagers and to whoever happened to be in Urkuram. Once Kurandah’s miraculous deeds achieved immense popularity, the nation of Frangas established an exclave next to Urkuram. Later Urkuram became an autonomous zone (the Capital Holy District of Urkuram) under the special jurisdiction of the State Capital of Frams. The main Cone Squads are Aran 23 and Fortran City.