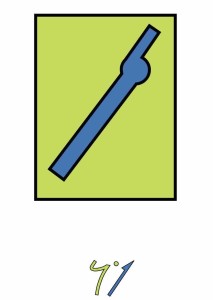 In the Astroshamanic Binary System Sun in Virgo (6) and Moon in Sagittarius (9) constitute Binary 6.9, or Binary number 69.

The pattern Sun in Virgo and Moon in Sagittarius (6.9) mixes Virgo’s efficiency, healing and service with Sagittarius’ optimism, trust, open-mindedness and sense of adventure.

Alignment with this binary provides the capacity to launch in adventurous and risky enterprises, while at the same time operating with solid grounding, precision and care. Here views are expanded and acted out rapidly and with enthusiasm, though often with an ongoing sense of restlessness. 6.9 also promotes high idealistic and intellectual attitudes, making it hard for other binaries to meet such standards.

Virgo and Sagittarius are in a square (90°) aspect. They are both mutable signs, holding the transition energy of the direction, season and element they represent, South and West, Summer and Autumn, Earth and Fire  respectively.

Astroshamanic Seal: a diagonal line suggesting, an arm with a directional finger, within a rectangular shape. The vision involves the meeting with a great master, who knows the art of manifestation and how to build sacred tools, as well as healing. His hands are made of gold and shed light everywhere. “I express the wisdom of the Earth through sacred teachings. I travel everywhere spreading my words. Wherever I go there is something to do, teachings to give, rituals to perform, etc. Now I go to a sacred site, then I meet my students, later I share sacred stories with the Circle, and also activate a sacred site. It is great joy to travel with such Intent. It is great to be useful and be part of the whole. I enjoy this sense of adventure for I gather new experiences, bestowing light all around. I am very close to you and I open up when you fully acknowledge your Intent. Claim your position in the world and work. Feel part of the system of light. Whenever you connect with me you acknowledge your role.”

Jean-Claude Carrière, 6.9.8 (September 19, 1931 in Colombières-sur-Orb, Hérault, France) screenwriter and actor. He was a frequent collaborator with Luis Buñuel. He is president of La Fémis.

Paulo Coelho, 6.9.2 (August 24, 1947) Brazilian author.. Author of The Pilgrimage, The Alchemist, By the River Piedra I Sat Down and Wept, The Fifth Mountain, Veronika Decides to Die, The Devil and Miss Prym, Eleven Minutes, Like the Flowing River, The Valkyries and The Witch of Portobello. He is the all-time bestselling Portuguese language author. “One is loved because one is loved. No reason is needed for loving.” “There is only one thing that makes a dream impossible to achieve: the fear of failure.” “The secret of life, though, is to fall seven times and to get up eight times.” “Waiting is painful. Forgetting is painful. But not knowing which to do is the worst kind of suffering.” “Nothing in the world is ever completely wrong. Even a stopped clock is right twice a day.” “The two hardest tests on the spiritual road are the patience to wait for the right moment and the courage not to be disappointed with what we encounter.”

Stephen King, 6.9.4 (September 21, 1947 in Portland, Maine) American author of over 200 stories including over 50 bestselling horror novels.

Freddie Mercury, 6.9.6 (5 September 1946–24 November 1991) British rock musician and songwriter, best known as the lead singer of the rock band Queen and often heralded as one of the best rock singers of all time.

Jennifer Paige (September 3, 1973) American singer-songwriter who rose to stardom in the early years of teen-pop spree and is best known for her 1998 pop hit “Crush”

Richard Wright, 6.9 (September 4, 1908) American writer) Why do we want to have alternate worlds? It’s a way of making progress. You have to imagine something before you do it.

Eileen Caddy 6.9.8 (Alexandria, Egypt, 26 August 1917-13 December 2006) She lived an ordinary life until at 36 years old, while meditating in Glastonbury, she heard a voice inside her saying “Be still and I know that I am God”. This voice, which she called “the still small voice within” guided her life ever since through developments she could never have thought. On several occasions Eileen made it clear that she was nobody special; and everyone could hear this voice inside, because it is inside everyone, no matter who you are. Her life’s work was to follow this voice, and to support others to hear their own inner voice. In 1962, with her husband Peter and her friend Dorothy Maclean, she began the Findhorn Community in north-east Scotland, which then became the Findhorn Foundation.
They didn’t know they were starting a community at first. They were just trying to lead a God-centred life. Yet a community grew around them, and became famous, due to the books they published, containing the guidance Eileen received from her inner voice, and also because of the gardens they grew in semi-barren soil, in co-operation with the spirits of nature. The commune has today been home to over 400 residents and thousands of visitors from over 40 countries, today it is one of the UK’s largest alternative spiritual communities, and also known as the ‘Vatican of the New Age” (The Times).
·  Life without a high aim, is like a ship without a rudder.”
·  “Don’t force anything. Let life be a deep let go.”
·  “Have no fear of moving into the unknown”.
·  “Seek always for the answer within. Be not influenced by those around you, by their thoughts or their words.”

Werner Erhard, 6.9.2 (5 September 1935) creator of transformational models and applications for individuals, groups, and organizations and is best known by the public for the programs he created named the “est Training” (1971 – 1983) and the “Forum” (1984 – 1991). “Love is granting another the space to be the way they are and the way they are not.”