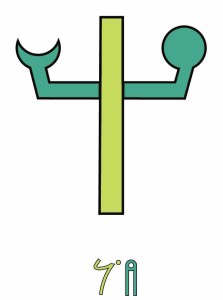 In the Astroshamanic Binary System Sun in Virgo (6) and Moon in Scorpio (8) constitute Binary 6.8, or Binary number 68.

This is the combination 6.8, which is a blend of mutable Earth and fixed Water. Here the Virgo’s multi-dimensional intestine functions are at their peak. The most stagnant waste materials are retrieved and moved along the intestine through rhythmic dancing contractions of the intestinal muscles (peristalsis).

The pattern Sun in Virgo and Moon in Scorpio (6.8) mixes Virgo’s efficiency, purification, selection and service with Scorpio’s intensity, intimacy, passion, release and power. This is one of the most mysterious and controversial binaries. The “M” itself, which both signs share as a symbol, appears to be a total mystery, though many attempts at interpreting it have been made. For example, it is said that Virgo and Scorpio were originally the same sign, before Libra came in between and split them.

Since this is my natal binary, for matters of Virgo objectivity, I am not going to comment on the characteristics of those who resonate with this combination. I will refer to another source and quote from © Michael McClain 1996-2003.

“The combination of Sun in Virgo and Moon in Scorpio produces one that looks and acts like an intellectual, but with an emotional nature that is truly the driving force. This is perhaps the most emotional of the quiet Virgo breed. The quick mind and common sense that is so notable in all with Virgo Sun, is charged with an intense rashness and impulsiveness common to Scorpio. Your ability to reason and rationalize is well developed, but you often seem almost incapable of believing what is foreign to your internal emotional bias. Thus, you become very partisan in whatever causes or ideas light you fire. These you may rationalize and try to give intellectual status, but you usually color judgments with intuition rather than logic. You are facile at thinking up reasons why your ideas are right and always persuasive at putting them across. At times you appear near genius, and at other times, way off base. You are often to be found among the theoretical and radical thinkers, able to prove nearly anything on paper with diagrams to show how it should work. Whether it really will or not in real life may be another thing. Your intellectual powers are strong, but you’re often less than realistic. You have a certain zeal that makes it hard for you to remain still and listen to what others have to say, and you can be dominating in your approach to group endeavours. Underneath, you have a somewhat brooding personality that is forever probing, turning over stones and delving for ideas with which you can either feel affinity or enmity. In business you are likely to be successful and valuable to your employer because you do possess powerful leadership qualities. In this environment you seem to become more objective and less emotional. Nonetheless, learning to restrain the natural tendencies of this configuration will make life and relationships much easier.”

Astroshamanic Seal: a vertical line crossed by a horizontal line with a semi-circle on one extremity and a circle on the other. “It is the side of healing. It involves letting go of darkness and receiving light. It is about shifting the attention from darkness to light. When darkness comes, that’s very well, for it shows that the material of exchange is available. At this stage all that is required is to exchange darkness with light, feeling totally entitled to do so. Remember that this exchange is your Function: what you are supposed to do here, your true mission in life. Then do it!” This is a most potent seal in astroshamanic healing.

Charles William King 6.8, (5 September 1818 – 25 March 1888), British Victorian writer and collector of gems, recognized as one of the greatest authorities on gems. In The Gnostics and their Remains (1864, 1887 2nd ed.) King sets out to show that rather than being a Western heresy, the origins of Gnosticism are to be found in the East, specifically in Buddhism. This theory was embraced by Blavatsky, who argued that it was plausible, but rejected by GRS Mead. According to Mead, King’s work “lacks the thoroughness of the specialist.”

William Saroyan, 6.8.2 (31 August 1908 – 18 May 1981) Armenian-American novelist, playwright, and short story writer. The greatest happiness you can have is knowing that you do not necessarily require happiness.

Bruno Bettelheim, 6.8 (August 28, 1903 – March 13, 1990) American psychologist, Austrian-born American child psychologist and writer. He had a prominent reputation as a compassionate man who had made a career of healing others and as an expert on the dynamics of the concentration camps.

A. S. Byatt, 6.8 (24 August 1936) English novelist. Possession (1990) parallels the emerging relationship of two contemporary academics with the past of two (fictional) nineteenth century poets whom they are researching (made into a film).

Joan Aiken, 6.8 (4 September 1924) English writer. Eat an apple,sing a song, Don’t touch a snake as it wriggles along.
Run for an hour, walk for a day, Hark to the birds and heed what they say.

Miguel Ruiz, 6.8 (27 August 1952), Mexican author of Toltec spiritualist and neoshamanistic texts. I will no longer allow anyone to manipulate my mind and control my life in the name of love.

Sangharakshita, 6.8 (26 August 1925 in Tooting, London), Buddhist teacher and writer, and founder of the Triratna Buddhist Community, which was known until 2010 as the Friends of the Western Buddhist Order, or FWBO

Saint Faustina, 6.8 (25 August 1905, d. 1938), Polish mystic, the Apostle of Divine Mercy. Throughout her life, she reported a number of visions of Jesus and conversations with him (Diary: Divine Mercy in My Soul).

Maria Montessori, 6.8.5 (August 31, 1870) Italian educator. The greatest sign of success for a teacher is to be able to say, ‘The children are now working as if I did not exist’.