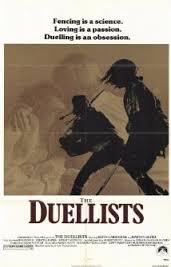 In this section of our Filmography you will find some recommendations on movies and TV series associated with the astrological sign of Aries. Such indications do not constitute a complete survey and are only meant to provide some examples.

Consensus reality tends to repress the genuine and unrestricted expression of Aries, whose qualities can more easily find space through fiction and cinema. Social customs tend to support assimilation, compromise, negotiation and stability, rather than Aries’ spontaneity, straightforwardness, passion and the transparent expression of feelings.

Aries movies are generally very popular for they allow emergence of repressed aspects for most contemporary human beings. Also in the realm of Aries belong the abundant movies related to the planet Mars, which is the most featured planet in cinema and literature after the Earth.

The Getaway, 1972, USA, action thriller film based on the 1958 novel by Jim Thompson. The film was directed by Sam Peckinpah, written by Walter Hill.

The Passion of the Christ: 2004, USA, film directed by Mel Gibson.

The Wild One: 1953, USA, film directed by László Benedek.