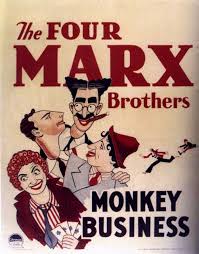 In this section of our Filmography you will find various recommendations on movies and TV series, associated with the astrological sign of Gemini. Such indications do not constitute a complete survey and are only meant to provide some examples.

Humour, lightness, amusement and parody are basic features of these movies, although at times there are dramatic aspects aimed more at triggering the mind rather than arousing strong emotions. Typical Gemini movies also involve plenty of dialogues, characters, movement, jokes, play, changes of setting, overlapping stories and very intricate plots. They have the capacity to stimulate and excite the mental functions, generating curiosity, wonder, excitement and often leaving the viewer with the desire of wanting to know more. What follows is a provisional list of movies with Gemini elements.

Broadcast News: 1987, USA,  film directed by J.L. Brooks. It follows the story of three characters in the television news business. 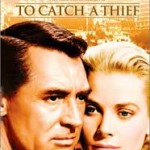 To Catch a Thief: 1955, USA, romantic thriller film directed by Alfred Hitchcock. A retired jewel thief (Cary Grant) nicknamed “The Cat” tries to save his new reputation by catching another thief who is after a wealthy tourist of the French Riviera (Grace Kelly).

Dead Ringers: 1988, Canada/USA, film directed by David Cronenberg. About two identical twins and gynecologists who cheat and seduce women unaware of the substitution.

Deconstructing Harry: 1997, USA; film written and directed by Woody Allen. A successful writer draws inspiration from people he knows in real life and from events that happened to him causing these people to become upset.

Escape to Witch Mountain: 1975, USA, film directed by John Hough. About two orphan children with out of the ordinary powers.

A Fish Called Wanda: 1988, UK/USA, film directed by Charles Crichton. A gang of thieves cheat one-another in order to find the diamonds hidden by their leader.

The Frisco Kid: 1979, USA, film directed by Robert Aldrich. A Western comedy about a Polish rabbi travelling to San Francisco, and a bank robber who befriends him.

The Go-Between: 1971, UK, film directed by Joseph Losey, with screenplay by Harold Pinter. An adaptation of the 1953 novel of the same name by L. P. Hartley.

House of Games: 1987, USA, film directed by David Mamet. Psychological thriller about deceit, trust, lies and betrayals. A psychiatrist falls prey to a complex trick and nearly loses everything.

In the Loop: 2009, UK, film directed by Armando Iannucci. A funny and outrageous political satire focused on the activities of spin doctors and media in the the UK and USA.

It Happened One Night: 1934, film directed by Frank Capra. A spoiled heiress falls in love with a roguish reporter.

The Invention of Lying: 2009, USA,  film written and directed by Ricky Gervais and Matthew Robinson. A comedy about  a world where everyone is transparent and speaks the truth regardless of the consequences, and lying does not exist.

Magicians: 2007, UK, film directed by Andrew O’Connor. Two stage magicians compete together in a competition. A parody of the film The Prestige.

Maurice: 1987, UK, film directed by James Ivory, based upon a novel by E.M. Forster on friendship portraying the inner struggle of two young men to deal with their homosexuality when its practice was a crime.

Network: 1976, USA, satirical film written by Paddy Chayefsky and directed by Sidney Lumet, about a fictional television network and its struggle with poor ratings.

The Paper: 1994, USA, film directed by Ron Howard. The editor of a newspaper in financial difficulties copes with the pressures and deceits of his working life.

The Philadelphia Story: 1940, USA, film directed by George Cukor. Romantic comedy film starring Cary Grant, Katharine Hepburn, and James Stewart, about a wealthy woman whose upcoming wedding is complicated by the arrival of her ex-husband and a journalist.

Playtime: 1967, France, film directed by Jacques Tati. Two characters repeatedly and randomly encounter one another in the course of a day.

The Prestige: 2006, UK, film directed by Christopher Nolan. About the rivalry between two magicians.

Route Irish: 2010, UK, directed by Ken Loach and written by Paul Laverty. About the consequences suffered by private security contractors after fighting in the Iraq War.

Sliding Doors: 1997, UK/USA, film directed and written by Peter Howitt. The film alternates two different parallel universes related to the events that the main character experiences depending on whether or not she catches a train.

Wag the Dog: 1997, USA, satirical film directed by B. Levinson. A spin doctor (De Niro) distracts the electorate from a sex scandal during a presidential campaign by hiring a film producer (Hoffman) to construct a fake war with Albania.