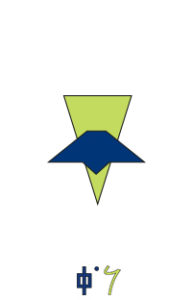 10.6 (Sun in Capricorn and Moon in Virgo) is a blend of cardinal earth and mutable earth, integrating Capricorn’s aspiration, authority, commitment and integrity with Virgo’s adaptability, efficiency and service. This binary provides a most logical, pragmatic and analytical perception, capable of devising structures both in their general outline and details. 10.6 can factually ascend up to major peak of consciousness preserving the physical memory and giving to concrete forms of such achievements. Expressing its best when given specific and pragmatic tasks to accomplish, it is a master in dispensing healing in the third dimension.

Three days after exact Full Moon, when the waning Moon is from about 135° to 90° from the Sun, we are in the Disseminating Moon or Waning Gibbous Moon phase. There is both a giving and an asking of energy. What I have put in motion, needs to be concluded with integrity and commitment, in order to receive its gifts. When we do not complete creative cycles we tend to separate ourself from the flow of life and feel confused or depressed. When the Sun and Moon move into a trine aspect (120°), if we have thoroughly played our part, the cycle is ripe to provide blessings and rewards. This phase support sharing resources and gifts regarding what was generated with the Full Moon. It is a process enhanced by dynamic communication, enthusiastic connections and spontaneous easy flow of energy, which are potentially available during binary 10.6. Following this final burst of creative expression as the Sun and Moon move towards a square (90°), a deep transformation develops. This requires the alignment of the Intent with the Function, one’s purpose with that of the whole.

11 January: Saint Paulinus II of Aquileia, bishop – Memorial (Slovenia), 726-802, priest, theologian, poet, and one of the most eminent scholars of the Carolingian Renaissance. (RC)

George Ivanovitch Gurdjieff: born on January 14, 1866? (10.6.7) with Sun in Capricorn conjunct Saturn, Moon in Virgo, and Ascendant in Libra, died on 29 October 1949, was a master of the gap between ordinary and non-ordinary realities.

Gurdjieff described ordinary reality as a form of sleep where men live. He believed that the development of the capacity to wake up from this sleep required a consistent work on oneself, guided initially by a teacher. The work implied being aware of the ordinary unconscious details of life, such as eating, walking, speaking, standing, etc, and also practicing specific movements. Gurdjieff employed the “Stop” practice: ordering his students to freeze suddenly and without notice no matter what they were doing and keeping the position they found themselves in when this signal was made. Gurdjieff is known mainly through the works of his pupil, P.D. Ouspensky and other authors. Three books by Gurdjieff, forming the trilogy All and Everything were published after his death. Out of his 10.6 dexterity, he was able to fix anything. People would give him something broken and he would find a away to mend it. He promoted the harmonious connection of the ‘wisdom’ of the East and the ‘energy’ of the West in order to save the planet from destruction. Gurdjieff describes his cosmology as a hierarchy of scales, starting from the all-encompassig Absulute, or God, followed by the universes, galaxies, all the suns of our galaxy, our Sun, and so on, with the Earth being at the bottom of the scale before the Moon. Each scale receives energy from the scale above and passes it to the lower. In this process organic life on Earth, including mankind are merely “food for the Moon” (see: In Search of the Miraculous). The Moon is regarded here as a planet in the process of being born, operating as a huge magnet sucking into itself the vibrations generated by intense human experiences, such as death, fear, pain, anger. This view that mankind is merely food for someone else is common also to the Gnostic and shamanic traditions. According to Gurdijeff the amount of energy needed to feed the Moon is exactly the same released by disciplined people through their inner work and practices “by means of conscious labours and intentional sufferings”. If this is not the case, the required energy will be extracted in huge amounts causing major and unavoidable suffering. Conscious labour and intentional suffering are astroshamanic synonyms or Intent and Function. Meetings with Remarkable Men is a 1979 British film directed by Peter Brook about the early life of Gurdjieff and his companions.

Quotes:
The present period of culture is, in the whole process of perfecting humanity, an empty and abortive interval.
One of man’s important mistakes, one which must be remembered, is his illusion in regard to his I.
I ask you to believe nothing that you cannot verify for yourself.
By teaching others you will learn yourself.
Conscious faith is freedom. Emotional faith is slavery. Mechanical faith is foolishness.
Love without knowledge is demonic.
A considerable percentage of the people we meet on the street are people who are empty inside, that is, they are actually already dead. It is fortunate for us that we do not see and do not know it. If we knew what a number of people are actually dead and what a number of these dead people govern our lives, we should go mad with horror.
A man may be born, but in order to be born he must first die, and in order to die he must first awake.
In properly organized groups no faith is required; what is required is simply a little trust and even that only for a little while, for the sooner a man begins to verify all he hears the better it is for him.
Every ceremony or rite has a value if it is performed without alteration. A ceremony is a book in which a great deal is written. Anyone who understands can read it. One rite often contains more than a hundred books.

Alan Watts: born in Kent (England) on 6 January 1915 (10.6.9) with Sun in Capricorn, Moon in Virgo and Ascendant in Sagittarius. Philosopher, writer, speaker, author of more than twenty books. Click here for details.

John C. Lilly, Sun Capricorn, Moon Virgo, American psychoanalyst (6 January 1915-d.2001) American physician, neuroscientist, psychoanalyst, philosopher and writer. He was a researcher of the nature of consciousness using mainly isolation tanks, dolphin communication. Lilly was interested in the Search for Extra-Terrestrial Intelligence (SETI) project. With a group of scientists he developed the Drake equation to estimate the number of extraterrestrial civilizations in our galaxy. Amongst his works: The Center of the Cyclone, Simulations of God: The Science of Belie, The Scientist: A Novel Autobiography.

All human beings, all persons who reach adulthood in the world today are programmed biocomputers. No one of us can escape our own nature as programmable entities. Literally, each of us may be our programs, nothing more, nothing less…

Lemmy (10.6.10) 24 December 1945 – 28 December 2015, English musician, singer, and songwriter. He was best known as the lead vocalist, bassist, principal songwriter, founder, and sole constant member of the rock band Motörhead as well as having been a member of Hawkwind.

Raymond McGinley (10.6.8) born 3 January 1964, in Glasgow, Scotland, one of the three singer-songwriters in the Glasgow based band, Teenage Fanclub.

I firmly unite with my Spirit Guide, refusing to be affected by obligations, anxieties, limitations and fears. The only allegiance if towards the Spirit Guide. My heart expands and I experience peace and security, while around me I still perceive the image and sounds of demons. I ask the Guide to summon the Template of 10.6. The Guide tells me that I do not need to do it now, that I can dwell in the connection with him/her.

“When you are connected with your Guide, you send a clear message to the Sacred Circle and all its parts and templates. Therefore it is not necessary to summon specific parts and get affected by their disputes. Stay in silence and avoid giving energy to what is useless. In this way you allow the Guide to operate. It is as simple as breathing. Breathing, like the Guide, happens spontaneously, yet you may not be aware of it.”

In the Lower World it is very windy, sand and dust hit the rocks. I sit on a rock and wait quietly. I receive a potion, which I drink.

A weird being flies and then lands close to the rock. It is not a bird, though it has wings. It is very weird, a sort of trembling cartoon. It speaks about the demons of 10.6, yet I am uninterested and detached about what it says.

I sense the Sacred Cone in my heart and I become aware that this winged being wants to move through the cone. I invite it to do so. The glyph portrays the entrance of the winged being. The being is sector 10 and the cone is Sector 6.

“Every time you notice disharmony regarding your healing work, alone or in a group, remember that the conditions of exchange invite you to write down or draw a description of what happened. When you do so, balance is restored.”

HSS 10-6 – State of Kortex, Kingdom of Dulkas: The Kingdom of Dulkas is located in the South of the Handorian State of Kortex (aka Haxar). The capital is Kadulkas, whose traditional plaid comprises three types of green, plus stripes of blue and yellow. The main Cone Squad is Kulkadulkas. It is associated with the Binary 10.6 (Capricorn-Virgo).