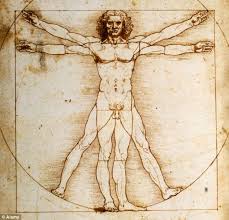 “The body is a fence the Son of God imagines he has built, to separate parts of his Self from other parts. It is within this fence he thinks he lives, to die as it decays and crumbles”. (ACIM, WII..5.1:1-2) or as Plato puts it “The body is a prison in which the psyche is incarcerated, kept safe, until the price is paid.” (Plato, Cratylus).

As long as I continue to perceive my individual human body as myself there is no way out of separation and no freedom is possible. Here the problem is not the physical body, and the fact of using it, it is the idea of having “my own physical body” as opposed to hers, his, theirs, yours, and whatever physically exists. It is this insane belief that creates a cage for our minds and prevents them to expand into the totality of life, including the true physical world.

Throughout human history shamans have used shape-shifting as the basic feature of their work, transforming themselves into other physical forms and developing the capacity to move beyond the confinement of the personal human form, also at a cellular level.

The fundamental and experiential assumption of shamanism is that we are at one with everything, and this “oneness” does not apply solely at a spiritual level, as also conventional spirituality may concur, it concerns every aspect of existence, including the physical realm. And since our false perception of the physical body as separate from the totality of oneness is what creates most pain and grievances, it is in that respect that healing needs first of all to take place.

Since in our consensus reality we can see only separated physical bodies, the mind is easily confused with the body, and is definitely most vulnerable. As a result it is easy to lose track of what is truly happening in our relationships with others and the environment. No matter what I do to relate and engage with others, they all seem to end up staying put with their own physical bodies. And once these bodies go away, an inevitable occurrence whether they die or leave, this brings the relationship to a tragic close and all that triumphs is separation, which is exactly what the ego eventually and always wants.

The confusion between the physical and the mental level is basically the cause of all the problems we experience in human relationships. Due to this crucial misperception, the mind is forced to use the physical body in order to be acknowledged, which results in the mind being literally imprisoned in a separated body.

The ego mind is based on the assumption of being contained in a physical body. This fortunately means that the body is a cage only as long as I continue to identify with the ego, the individual or separated mind. The other part of the mind is free, and holds the key for stepping out of the ego system and setting our whole mind free.

”The mind that serves the Holy Spirit is unlimited forever, in all ways, beyond the laws of time and space, unbound by any preconceptions, and with strength and power to do whatever it is asked. Attack thoughts cannot enter such a mind, because it has been given to the Source of love, and fear can never enter in a mind that has attached itself to love. It rests in God. And who can be afraid who lives in Innocence, and only loves?” (ACIM, W199.2:1-4)

One major characteristic of shamanic and ancient earth-centred cultures is that they did not have beliefs concerning an individual mind or a personal body, just as they did not believe in death as we currently conceive it. They were not afraid of dying and for them death was not a tragic event, because they believed that when someone died their self shape-shifted into another physical form. Also there was not any hierarchy in terms of physical forms, and humans were not regarded as the most important, so that they were very pleased to transform into a bird, a tree or a stone.

Continue reading with Healing Relationships: Part 3 – The Mind is Free

For part one of this work, see Healing Relationships: Part 1 – Your Mind Holds the Key